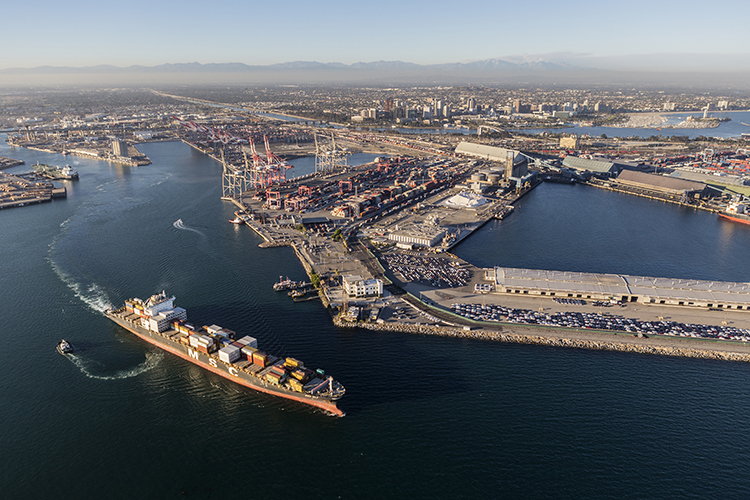 Supply chain woes affected people across the country last year, from producers to consumers. Some of the hardest hit were farmers in California, where a sharp decline in containerized agricultural exports cost producers an estimated $2.1 billion.

In 2021, growing demand in the U.S. led to more imports from Asia. Most goods from Asia arrive by containers, and pre-pandemic, California handled about 40% of the nation’s containerized imports. When the Golden State’s ports became overwhelmed last year, ports outside of California stepped up, handling 23% more containers from May to September 2021 compared to the same five-month period from 2017 to 2019. Meanwhile, traffic through California’s ports was up 16% during that time frame.

In a University of California Agricultural and Resource Economics Update newsletter article titled “’Containergeddon’ and California Agriculture,” the authors explained that the rise in imports created more demand for empty shipping containers in Asia. Freight rates from Asia to the U.S. rose so fast that containers were being shipped back to Asia empty rather than carrying American goods. Outbound cargo from California was impacted, which resulted in lost export opportunities for California farmers.

In the past, agriculture would fill more than 40% of the containers leaving California ports, and about one-third contained California farm products. The authors wrote that “containerized shipping is crucial for farmers in the Golden State.” However, delays off the coast of California forced some agricultural exporters to route shipments through Texas, Vancouver, or the East Coast instead. Between May and September 2021, the monthly number of containers loaded with agricultural products fell by 18% in Los Angeles, 15% out of Long Beach, and 34% out of Oakland.

Dairy production was one of the sectors that was impacted by these shipping challenges, but the greatest losses in trade were noticed for processed tomatoes (down 44%), rice (down 34%), wine (down 26%), and tree nuts (down 17%).

The authors noted that a drop in exports also creates issues domestically. An oversupply of certain products has caused overflowing storage facilities and falling prices. If the inefficiencies of port operations in California can’t be resolved, there could be long-term repercussions for California’s agriculture industry.

“It has taken a supply chain crisis to fully reveal that California has inefficient port operations, even compared to ports in East Africa and Russia. As a result, the competitiveness of California agriculture in the world market is now being threatened by inadequate transportation and infrastructure,” the authors concluded.