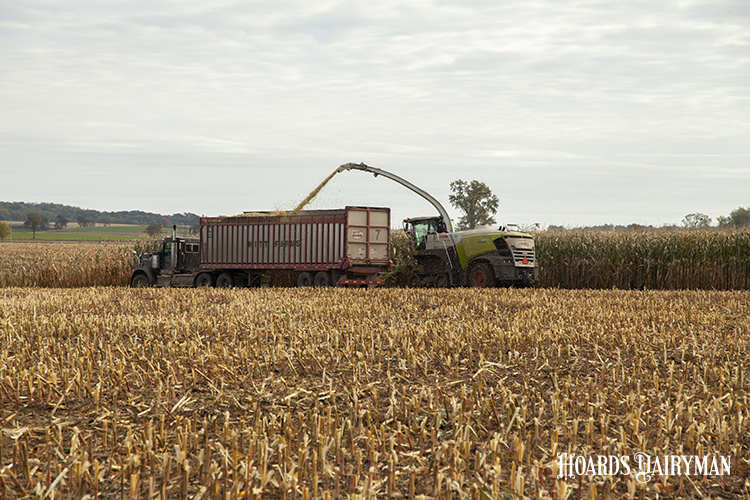 About 50 years ago, a Cornell University dairy nutritionist made the statement, “The best corn grain hybrid is the best silage hybrid.”

That was before we had some of today’s measures of forage quality including in vitro fiber digestibility, physically effective NDF (neutral detergent fiber), unavailable NDF, and rumen fill ratios. But how much has changed?

According to the results of university-sponsored corn silage hybrid trials, there’s relatively little difference in NDF digestibility among conventional . . . also known as dual-purpose . . . corn hybrids. There wasn’t much difference in the early 1970s, and there still isn’t in 2022. With that being said, please keep in mind that silage from brown midrib (BMR) hybrids has reliably higher NDF digestibility, but BMR is promoted as silage-only.

In reviewing several university-run 2021 corn silage hybrid trials, in almost all cases the highest- and lowest-ranking conventional hybrids for 30-hour NDF digestibility were only a few percentage points different than the overall trial average. Percent starch has a significant influence in milk production potential, but we can’t ignore silage yield. And grain content has a big impact on yield since starch accounts for almost 40% of whole-plant dry matter yield.

Farmers can get a rough idea of eventual silage quality by walking through their cornfields and doing a visual appraisal of yield and the amount of grain on the plant. However, it would be foolish to ignore the analytical tools available today to the dairy industry, and our understanding of how to use these tools continues to grow in value with each passing year.

Combining the aforementioned analyses with other measurements into a nutritional model such as the Cornell Net Carbohydrate and Protein System (CNCPS) . . . dairy nutritionists just love acronyms . . . greatly improves our ability to predict how well a crop of corn growing in the field will perform when chopped, ensiled, and fed to dairy cows. However, using the popular Snopes “Fact Check” system, the comment made half a century ago, that the best corn grain hybrid is the best silage hybrid, would have to be rated as “mostly true.”

Features
There are cannibals in your cornfield