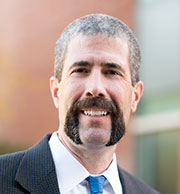 Joe Dalton
Appropriate semen storage and handling is critical to the success of A.I. The liquid nitrogen semen storage tank actually consists of two tanks, with a smaller tank housed inside a larger tank. In between the two tanks is insulation material that is under vacuum in order to help maintain the extreme temperature of liquid nitrogen (-320°F).

Store liquid nitrogen semen tanks in a well-ventilated, clean, dry, and secure area to ensure personnel safety, promote long tank life, and deter theft. Securely fasten the tank during transportation to avoid tipping or damaging the tank, both of which will result in the premature loss of liquid nitrogen and sacrifice semen storage ability.

Keep a detailed inventory of semen that is easily accessible without looking into the storage tank, regardless of whether the tank is housed in an office or transported in a vehicle to a location closer to the cows to be serviced. This is so straws can be located and removed from the tank quickly to avoid exposure of semen to ambient temperature and to minimize loss of liquid nitrogen.

A recent study at the University of Idaho provides evidence the temperature in the neck of a semen storage tank, especially in the area below the frost-line, exhibits wide variation and is influenced by liquid nitrogen level. Colorado State University researchers first reported the liquid nitrogen level in a tank can dramatically affect the temperature of straws repeatedly raised and lowered in the tank.

When the liquid nitrogen level in the tank was low (around 7 inches), the Colorado State University researchers reported the temperature of straws rose 131°F (from -320°F to -189°F) during the first minute, and straw temperatures cooled only 86°F to 104°F two minutes after returning to the tank. Consequently, higher temperatures were reached during the second, third, fourth, and fifth repetitions. Greater than 10 minutes were required for the straw temperature to reach -320°F upon return after the fifth repetition.

The ice pattern within bovine semen extender may change considerably (a process termed recrystallization) as it is warmed. Larger, extracellular ice crystals are associated with damage to sperm cell membranes and organelles, and previous reports have shown that sperm injury (as judged by sperm motility) occurs at temperatures as low as -110°F.

When Colorado State University researchers raised a 0.5-mL straw of semen into the neck of a tank using tweezers, the time necessary for the temperature to change from -320°F to -148°F was only 10 to 15 seconds. Therefore, to provide a margin of safety and avoid recrystallization injury to sperm in straws not removed from the same goblet or canister, the recommendation is for a cane (or canister containing canes) of frozen semen to be limited to eight seconds in the neck of a tank (below the frost-line) when retrieving straws.

Depending on the time required to remove a straw, other straws on the cane may be exposed to injurious high temperatures. Carelessly working above the frost line will likely be particularly damaging to sperm even when applying the “eight second rule,” as straw temperatures will rapidly enter the danger zone. Injury to sperm cannot be corrected by returning semen to the liquid nitrogen (-320°F); therefore, damage to sperm in straws not removed during improper retrieval of other straws is additive.

A best practice is to never let the level of liquid nitrogen go below 10 inches. Failure to monitor the liquid nitrogen level in semen storage tanks, resulting in loss of semen, occurs too frequently. Replacement measuring sticks are available from a variety of suppliers. For more information on tank management, contact your A.I. stud representative or local university extension. Happy A.I. breeding!

The randomness of reproduction
By Joseph Dalton