By Aurora Villarroel And   Ben Krahn
The authors are an assistant professor and dairy center director at Oregon State University, respectively.

When facilities and space allow, most dairy farmers will separate their first-lactation cows from the cows in their second lactation or greater, recognizing that they still are growing and need to be fed differently. But what about the second-lactation cows in our herds? Are they adult cows already, or do they, too, need to be given the same considerations as their first lactation counterparts?

Over the past decade, it has become quite normal to lump second-lactation cows with older herdmates because their milk production is similar and they have already learned the ropes, so to speak. At the Dairy Center at Oregon State University, Corvallis, Ore., all cows are fitted with a pedometer from the day they calve for the first time. The pedometer also acts as an RFID, identifying each cow when they are in the milking parlor. Cows are weighed on a walk-through scale after each milking.

She's still growing
Observing the changes in weight, on average, of all our cows, we have noticed that second-lactation cows are still growing. In essence, cows do not reach adult weight until their third lactation.

This happens with both the Holsteins (Figure 1) and Jerseys (Figure 2) in our herd. Notice, in both graphs, it is not until late in their second lactation that a weight similar to their third lactation herdmates is reached. For cows carrying twins or triplets, the weight of the pregnancy doesn't factor in until just before dry-off.

Drop in first lactation
We observed that the expected drop in weight at the beginning of lactation is most pronounced in first-lactation cows. This weight drop is even more pronounced for Jerseys than in Holsteins (Figure 3), who experience almost a 13 percent change in weight during their first week in milk. This could be because first-lactation cows need to become familiar with the daily routine and handling they experience after calving which differs significantly compared to their time as calves and heifers.

Adult Holsteins also dropped significantly in weight, as expected. The drop in weight correlates to the strengthening milk production, until about 60 DIM, at which point cows started to put condition on again. However, our second-lactation cows seemed to be the most resistant to losing weight after calving as they gain weight in the weeks after calving.

Weight, reproduction linked
The data suggests that we need to focus on gentle handling and even pampering of first-lactation cows, as well as separate housing and feeding from cows in their second lactation and greater. This reduces the need to compete for feed and space with more dominant animals that are already accustomed with the herd's day to day routine.

The influence that these changes in body weight have on reproduction at our dairy are obvious. Conception rate for the first insemination is lower compared to the second and third inseminations. Heat detection with the pedometers is excellent, and although we are getting cows pregnant at a reasonable time. This indicates that the first breeding on our dairy may occur too early in lactation for many cows.

Given the low number for days open, 117 days for Holsteins and 102 days for Jerseys, and the excellent heat detection we strive to achieve, we have decided to move our voluntary waiting period to 75 DIM. This enabled us to breed cows fewer times. All in all, we are trying to adapt our management to the natural behavior and needs of our cows, and we have seen excellent results already.

Can we better manage feed costs?
Features
Related to:
nutrition
In Nutrition 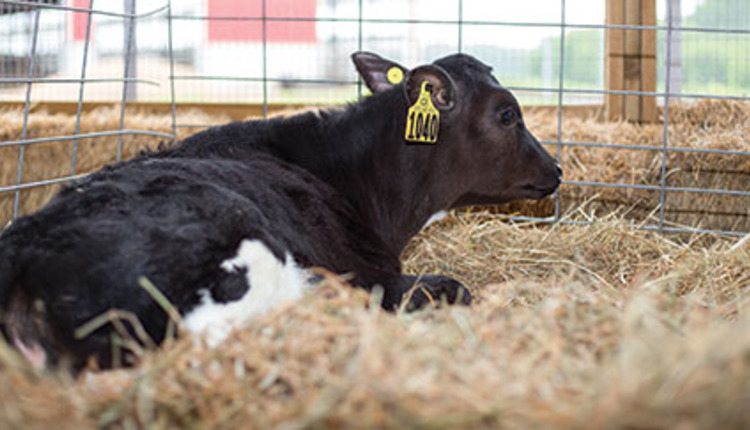