Profitability outlook for 2014 keeps getting better

The Class III futures average has jumped 58 cents in just a month. 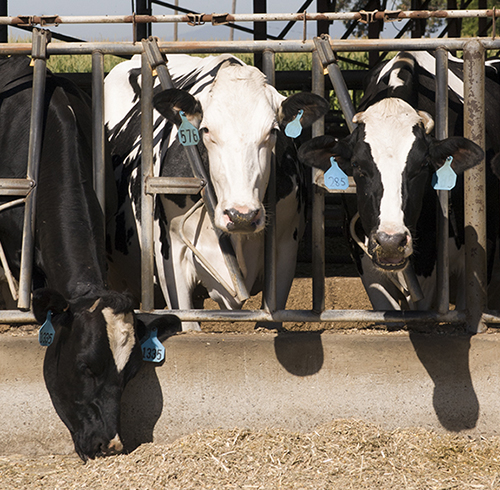 The early Christmas cheer that dairy producers received two days ago - November's announced Class III price of $18.83 per hundredweight was 61 cents higher than in October - came with an outlook for 2014 that just keeps getting better.

At the Chicago Mercantile Exchange's close on Wednesday, the average of Class III futures prices for the first 11 months of 2014 (December trading hasn't started yet) was $17.54. Almost as encouraging was the tremendous price stability that CME traders expect: no individual month was lower than $17.21.

That compares to a 10-month Class III futures average of $16.96 on November 1. Its price stability outlook was just as solid, but no individual month was higher than $17.31.

Fifty-eight cents is a big increase in just a month, and if futures prices somehow wind up closing at those levels the result will be a sweet bump in income for everyone who milks cows.

For a dairy that produces the national average of 21,697 pounds per cow per year, 58 cents more per hundredweight means $125.84 more income for each animal. Multiply that times your herd size and see how grand the total is.

Higher milk prices are just part of the rosy outlook for dairies. While soybeans have moved back over $13 in recent weeks, corn and wheat remain well below $5 and $7, respectively. That means dairy feed prices in 2014 figure to be 25 to 40 percent less than at any time in the last six years.

More income and less feed cost, of course, means bigger operating margins for producers. The bottom line for 2014 is that it is shaping up as the year that dairy producers can finally regain much of their financial health.Joe Lauer will present "Growing high yield and high quality corn silage in the northern Corn Belt" at noon (Central time) on Monday, December 9. Profitable corn production is extremely important in these regions. Farmers facing fluctuating prices and rising production costs must be well informed about new technologies to maximize yield and profitability. This webinar is designed to provide technical insight and practical advice for those producing their own corn silage. Kuhn North America (www.kuhnnorthamerica.com) is the sponsor for December. Register at www.hoards.com/webinars.

The author has served large Western dairy readers for the past 36 years and manages Hoard's WEST, a publication written specifically for Western herds. He is a graduate of Cal Poly-San Luis Obispo, majored in journalism and is known as a Western dairying specialist.