The answer is yes, and rising temperatures mean more work is vital.

By Dennis Halladay, Western Editor
In the decades ahead, climate change is expected to make heat stress an increasingly bigger problem for dairy cows everywhere. Breeding animals with more natural resistance is one way farmers will cope, says Peter Hansen (pictured), a distinguished professor of dairy science at the University of Florida. 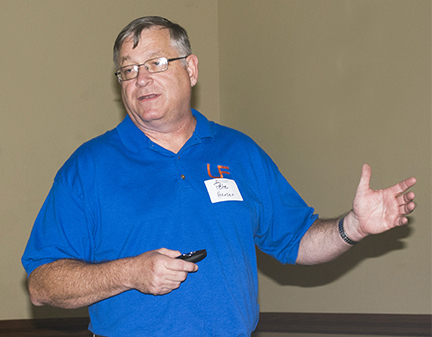 "In the southeastern and southwestern U.S., for instance, the number of days per year that temperatures are above 90° is expected to increase from 60 to over 150 by the end of the century," he points out.

Even if temperatures don't budge, heat stress will still pose a growing problem for dairy producers. That's because of the roughly 300 more pounds of milk per cow that occurs every year from better genetics and management. More milk requires more feed intake, and when feed is converted into milk, it produces heat.

Scientists already know one place to start: outlier animals that always turn up in heat stress research. Hansen cites a Florida study that took rectal temperatures of over 1,000 cows in mid-afternoon during 90° weather. It found individual cows varied over a huge range.

"Clearly, some cows are better at regulating their body temperature than others," Hansen says. "The question is, to what extent is it due to genetics?"

Unfortunately, there is a strong negative correlation between rectal temperature and milk production. But he still sees opportunities. One is introduction of heat-resistant genes from other breeds through crossbreeding. Transgenics - transferring specific genes from a different species, such as from extremely heat-tolerant Brahman beef cattle - is another.

One of the known genetic traits for heat resistance in Holsteins is already being studied: the so-called "slick" or short hair coat gene found in some animals that have high heat tolerance. The trait has already been introduced into some Holsteins in Puerto Rico and into Carora dairy cows (a cross between Brown Swiss and native Criollo) in Venezuela.