Three high individuals each led their team to championships.

Wisconsin 4-H, Michigan State Ag Tech, and Ohio State University each won their respective divisions at the All-American Dairy Judging Contest in Harrisburg, Penn., earlier this week. Home field advantage was in play as Pennsylvania FFA was victorious in the FFA contest.

Fourteen state 4-H teams competed and the team from Shawano County Wisconsin took the top spot with a 16-point advantage over Maryland. Maryland 4-H topped Missouri by 9 points, followed by Ohio and Florida. 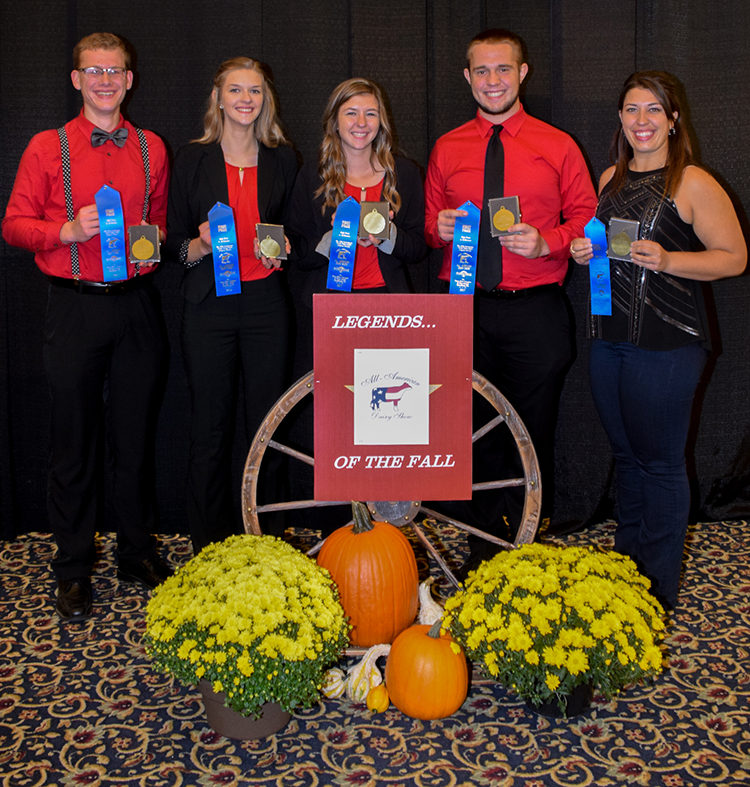 Congratulations to Wisconsin 4-H for winning the 4-H division in the 2017 All-American Dairy Show Youth Judging Contest held September 18, at the PA Farm Show Complex and Expo Center in Harrisburg, Pa. They also were high team in Jersey and Guernsey class

The Wisconsin 4-H team consisted of Emma Gwidt (1st place individual), Madelyn Gwidt (4th individual), Mason Jauquet (11th individual), and Colin Wussow. They earned the right to compete at the All-American contest by placing second in their state’s contest. (This team will not be competing at the National 4-H contest in Madison in a few weeks.) 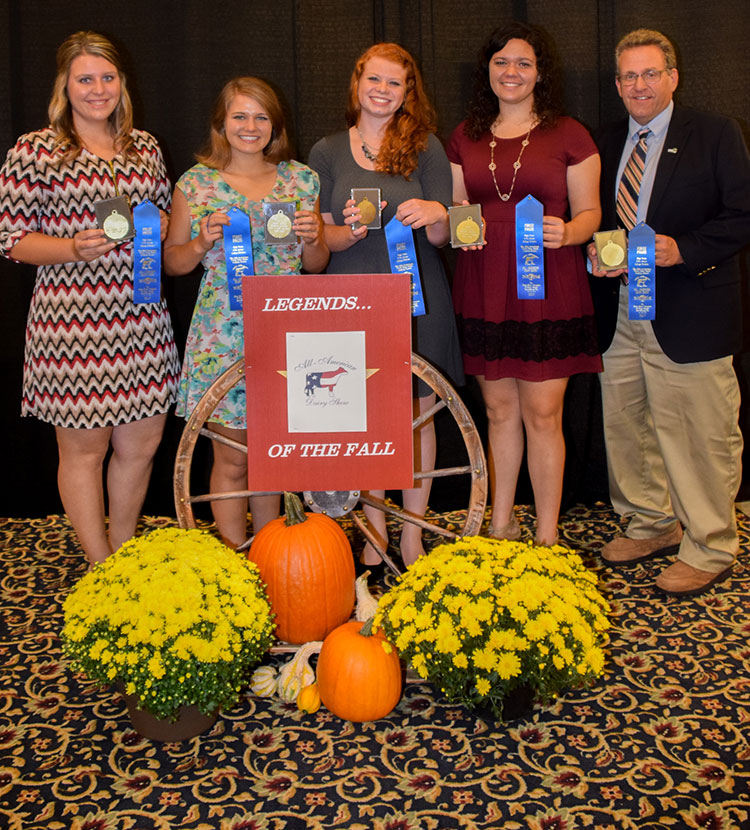 Congratulations to Michigan State Ag Tech for winning the junior collegiate division of the 2017 All-American Dairy Show Youth Judging Contest. They also had the high scores in reasons and Holstein and Ayrshire classes. The team was coached by Joe Domecq. 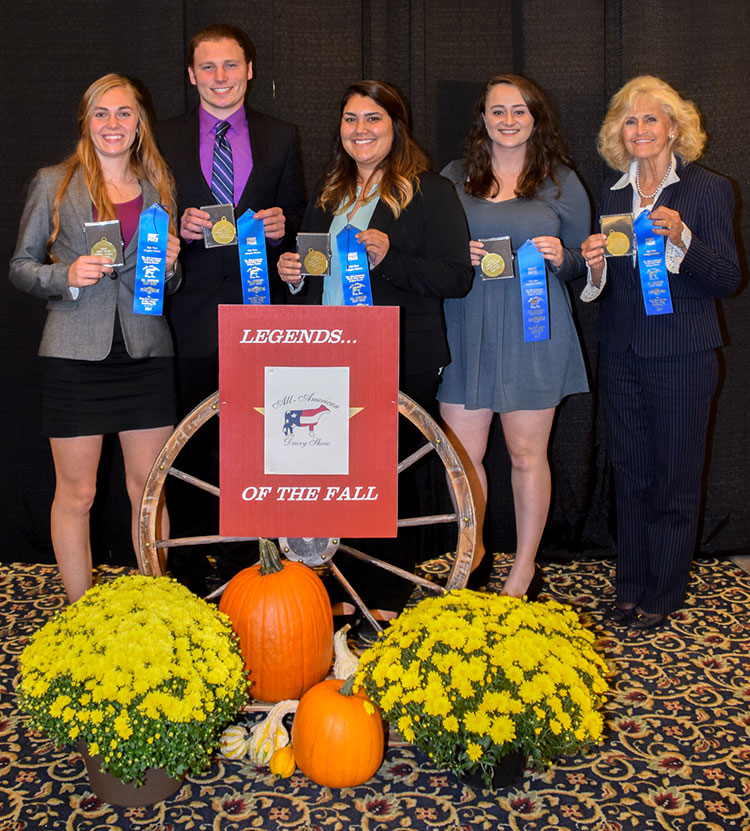 The Buckeyes bested the field and topped the University of Minnesota by 21 points. The University of Ohio team was led by Ella Jackson, the high individual. Teammates included Alex Houck, Lexie Nunes, and Tanner Topp. 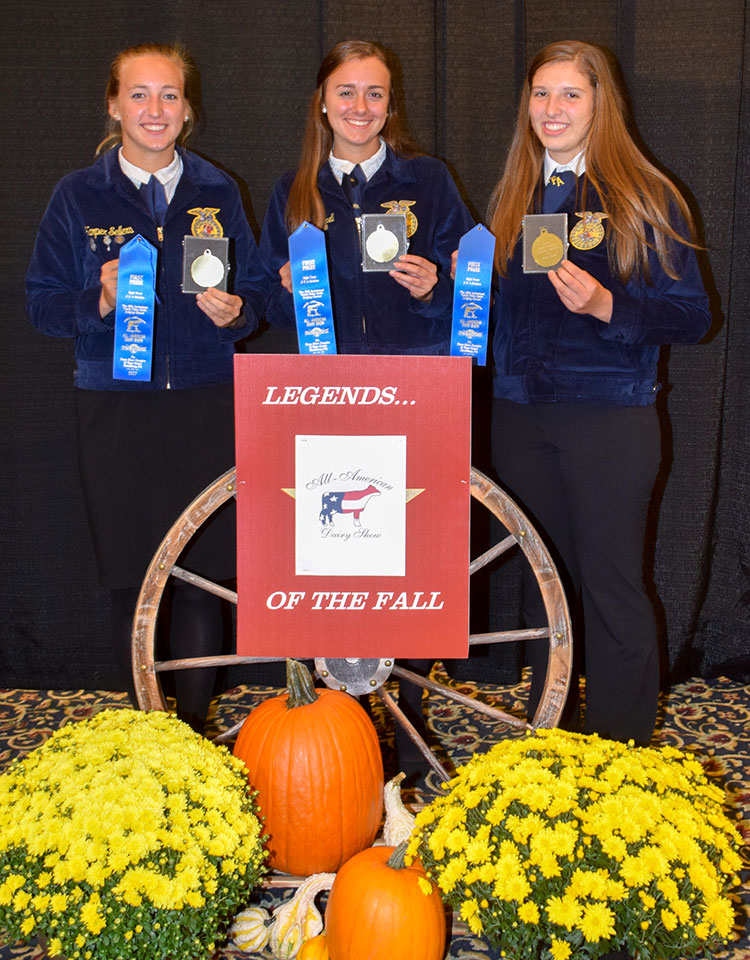 The FFA contest fielded nine teams from as far away as Connecticut and Nebraska, but the local favorite, Pennsylvania FFA captured the title. Kentucky FFA trailed by four points, then Ohio FFA, Indiana FFA and Missouri FFA.

The National FFA judging contest is held in Indianapolis, Ind., later this fall. It not only includes dairy judging, but also a written exam and a group presentation. (This contest included just placings and reasons.)

Dairy judging takes skill and luck. Each contest is its own microcosm. It is not a guarantee of future performance, but an excellent progress determiner.

Some teams will field the exact members for the national contests that are held during World Dairy Expo, and others will change a team member or the entire delegation. This contest serves as a great momentum driver as students prepare for the pinnacle of youth dairy judging –Madison!

Hoard’s Dairyman will be simultaneously covering all three national contest awards banquets at World Dairy Expo with live Facebook posts with the individual and team results in each breed and the overall winners. Follow our posts and cheer on your favorites on Monday night, October 2.