Judge Keith Topp of Botkins, Ohio, emotionally stated this about his picks for Grand and Reserve Grand and Senior Champions: “I don’t know how you wouldn’t want to get out of bed and milk these two cows tomorrow.” In reference to the Grand Champion, Topp explained, “This five-year-old puts it all together for us today. She has a little more quality to her rear udder.” 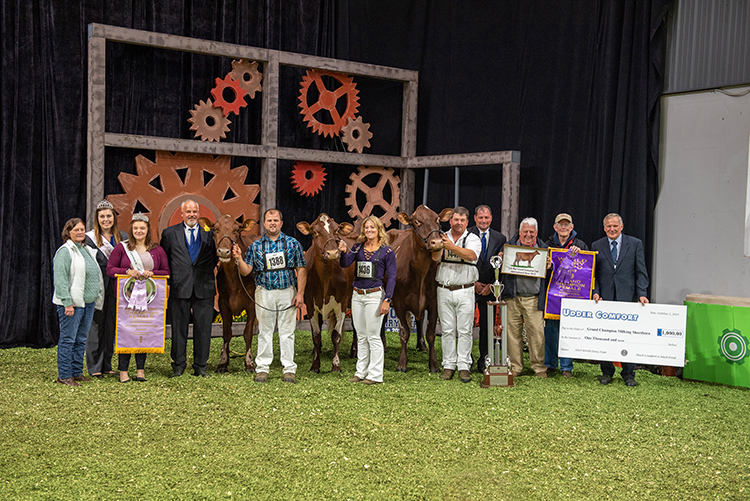 Junior Champion of the Junior Show went to the winning Fall Yearling Heifer, Heavenly Applecrunch, exhibited by Jazmin Wingert of Kent, Ill. Reserve Junior Champion was Maunesha Creek Made In Mexico. She is a spring yearling heifer exhibited and shown by Mena Schmitt of Sun Prairie, Wis.