Lawmakers from New York and Idaho joined forces to get the dairy product in school lunchrooms.

With its launch in 2005, Chobani spurred a Greek yogurt movement throughout the U.S. Since then, a number of other manufacturers have gotten in on the action as well. Today, Greek yogurt has become one of our fastest growing food industries, accounting for almost 30 percent or $1.956 billion dollars of the national yogurt market. The yogurt market in the U.S. is currently valued at slightly over $6 billion. 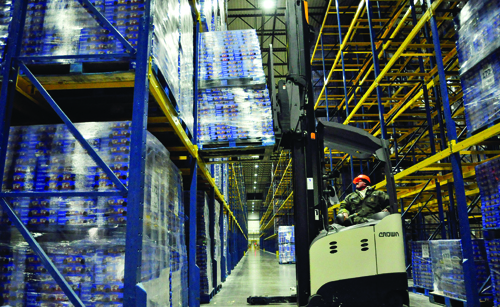 In a letter to Tom Vilsack, Secretary of Agriculture, last Thursday lawmakers urged USDA to consider reclassifying Greek yogurt under the MyPlate nutrition guidelines. The primary driver behind their request stems from the fact that Greek yogurt is not differentiated from regular yogurt on current dietary guidelines.

Specifically, the group of five congressional members want Greek yogurt separately recognized in the dairy category and added as a protein source. They noted:

"Greek yogurt is a nutrient dense food that provides an excellent source of protein and a good source of calcium per serving, making it an ideal option within the dairy and protein food groups. In fact, a standard serving of Greek yogurt has more protein than an equivalent portion of beans, yet it is not included in the list of protein sources in current USDA nutrition materials, nor is it recognized as a type of yogurt on the dairy page."

This contingent is also asking that the National School Lunch and Breakfast programs enable schools to appropriately account for Greek yogurt as an affordable protein option. In 2011, 31.8 million students got their lunch through the National School Lunch program. Both New York and Idaho are urging that a pilot program is authorized allowing schools participating in child nutrition programs to be credited for reimbursement for Greek yogurt on a basis that reflects the protein content of the dairy food.