2012 was another banner year for dairy exports

By Dennis Halladay, Western Editor
Despite a slowdown the last six months, 2012 still turned out to be another record-setting export year for the U.S. dairy industry.

The biggest achievement was a new record for the total value of dairy product exports: $5.21 billion, according to the U.S. Dairy Export Council (USDEC). 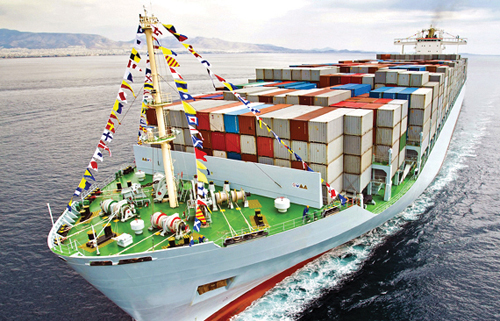 Photo courtesy U.S. Dairy Export Council
To put this figure into perspective, the value of dairy product exports in 2012 was slightly more than the total milk and cream cash receipts in Wisconsin and Washington combined during 2010 (latest USDA figures available).

Among individual products, export volume records were set for cheese, whey protein concentrates (WPC) and nonfat dry milk/skim milk powder (NDM/SMP). Cheese continued to be a particularly bright star, as its total export volume rose by 16 percent in 2012 and was more than double the 2008 volume.

Exports to Mexico, the number one market of U.S. dairy products, were up 6 percent to $1.23 billion.

Year-over-year declines were seen in butterfat, lactose, and fluid milk and cream. Exports dipped on a total solids basis, but only slightly. They accounted for 13.2 percent of all U.S. solids production in 2012, versus 13.3 percent in 2011.

Exports started the year strong, registering an 8 percent volume growth during the first six months. During the next six months, however, they were 2 percent lower. USDEC president Tom Suber believes the turnaround was due to higher milk prices in the U.S.

Despite the second half slowdown last year, he does not believe a major global oversupply of milk is likely in 2013.

"Global economic signs are starting to move in a more positive direction, demand and consumption will continue rising, and world prices are expected to come more into line with U.S. prices," he explained.
Related