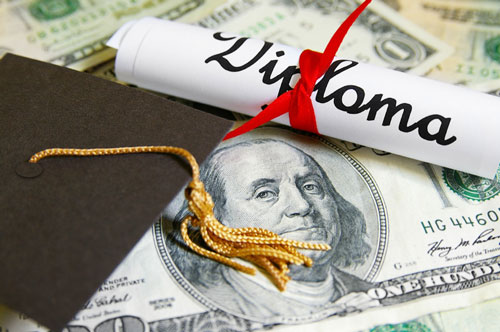 I agree with much of Dean Doornink's comments on the article, "Students are bankrolling public colleges."

Like Dean, I strongly believe in higher education. I derived great satisfaction while teaching and working with university students and watching them develop as professionals for 39 years.

And, like Dean, I've been alarmed for years about the rising cost of tuition at public universities; at rates far above the rate of inflation that was pointed out in the Hoard's Dairyman Intel.

However, I place the blame on the politicians - not the universities. State legislatures have gradually, but certainly, reduced the public investment in university education for the population. The taxpayer share of instructional costs has decreased substantially over the past 40 years while the portion of costs from tuition has made up the difference.

University trustees raise the revenues and pay the bills. But when the politicians reduce their contribution to revenues, where do trustees turn to make up the difference? The students, their parents and, in some cases (in Dean's case), the grandparents.

I've never understood why the politicians have backed away from support of public universities. Are they trying to "privatize" the public institutions? I don't know, but that's the direction we've been headed for decades.

Productivity is another factor in the equation. Productivity on farms and in factories has increased dramatically over the past 70 years.

I've thought often about how can universities increase productivity in the classroom. I don't have an answer. It seems to me that any approach to improving the quality of education requires an investment of faculty time in the classroom.

Can instruction be improved by replacing faculty with podcasts, videos and other mass production methods? I'm skeptical.