Chairman of the officials

By Kari Behling Michalovich
The author farms with her husband, Kevin, and his parents in Lakeville, Ohio. 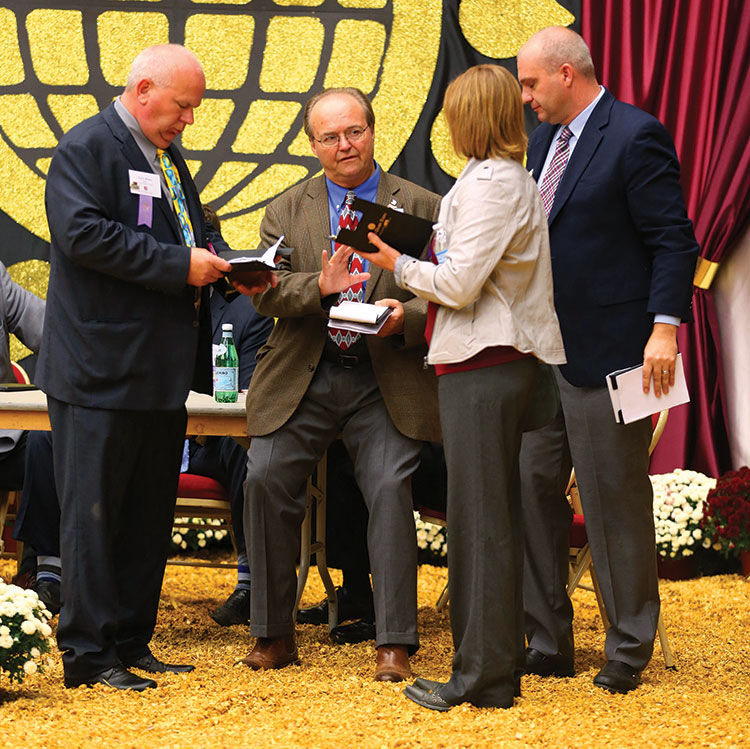 Larry Schirm brings a lifetime of expertise to the ring as he helps keep the World Dairy Expo placings and cuts consistent from Class 1 to Class 12. Here, the grouping, including (L to R) Terry Rawn, Larry Schirm, Heather Jauquet, and Nate Janssen, is making the final determination on the Red and Whites.

As over 70 contestants for this year’s National Intercollegiate Dairy Cattle Judging Contest arrive at the World Dairy Expo grounds in their best business dress, they may be a little nervous.

For most, this is a culmination of years of study that started when they were in 4-H or FFA. At the end of the day, 12 classes of six different breeds will be placed, and six sets of oral reasons will determine the top 25 contestants, who will earn their place in the All American Club in this NCAA tournament of dairy judging.

Amongst the students and classes at the national dairy judging contests, are a group of individuals who put the final placings and cuts on the classes and listen to reasons. There are two of these officials per breed, an additional two coordinating officials, and then there is Larry Schirm, the “chairman of the officials.”

Schirm’s actual title is the coordinating official for the National Intercollegiate Dairy Cattle Judging Contest, and as such, he stands right alongside the contestants. His role is to ensure consistency among each of the breed officials throughout the day. He has not seen the selected animals for the contest until he steps on the shavings just like the competitors. As Schirm puts it, “I show up and put myself in the shoes of the contestants. I look at animals with the same time allotment and the same conditions as the contestants.”

The task of coordinating official, according to Schirm, who has held this role for over 20 years, “Is to aid in maintaining a level of consistency in weighings of priorities across the various breeds and classes presented. Hence, my responsibility is focused on coordinating with each set of judges for each breed regarding their placings, cuts, and the basic reasons for each cut and placing,” he said. “We focus on putting the highest cuts of the day on the collective identity of the most placeable, or ‘easiest’ classes and give the smallest cuts on the closest or most ‘difficult’ placings of the day.”

Schirm also added, “We do not set a breed policy of type priorities but follow each breed association’s current policies.”

Over 30 officials have worked with Schirm over the years to provide official placings, cuts, and final reasons scores for the contest. Each year, every breed represented in the contest has two officials.

“It is a great pleasure to work with the professionals who serve as the officials for the contest. These officials sacrifice their own time and conduct themselves as professionals,” Schirm said. “Their professionalism and open candor make my job easy and a joy.”

A lifetime of judging

For those who know Schirm’s history, it’s no wonder he has held such an active role in the youth judging contests. Schirm grew up on a Jersey farm in Ohio and later attended The Ohio State University and studied under Harold Kaeser on The Ohio State Dairy Judging Team. He competed in the National Intercollegiate Dairy Cattle Judging Contest in 1975. One of the prerequisites for being a collegiate official is having judged as a collegian.

Schirm has spent over 35 years in the dairy industry employed by artificial insemination companies. His work with the Ohio PDCA Judging School, serving as an official for a number of judging clinics across the country, and serving on the U.S. Jersey Breed Improvement Committee has helped in his role as coordinating official as well.

Schirm has also had the privilege to judge hundreds of shows throughout North America and around the globe. He has judged national shows of multiple breeds in over a dozen countries, including judging at World Dairy Expo four times.

For Schirm, the most rewarding part of his position as coordinating official is watching the students work at their efforts. “It’s a real joy to receive their efforts when giving reasons, and as an official one finds themselves ‘cheering’ for them when they have been honest and transparent with you about their thoughts and opinions on the class they are discussing.”

It’s that experience that keeps Schirm coming back each year to work with the wonderful students and officials as the “chairman of the officials.” 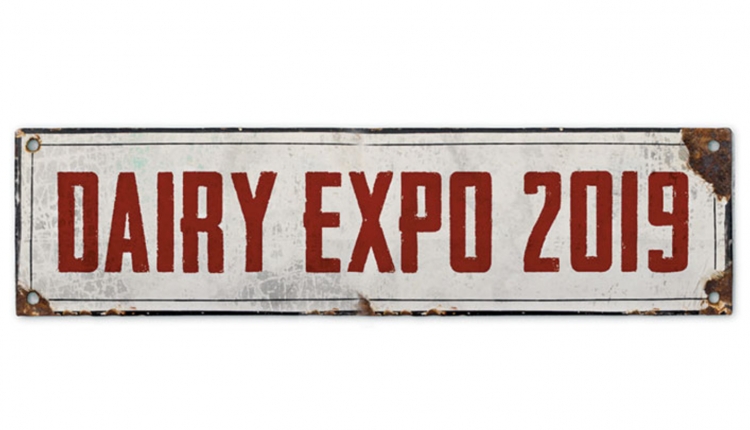