How does your farm measure up?

By Mike Hutjens, University of Illinois

Bill challenged me at a meeting about his high-producing Holstein herd (over 29,000 pounds of milk) with the question, “Do you have data that allows me to evaluate my herd to the national dairy herd?”

New data that may be helpful to Bill and others are contained in the four tables. Dairy Records Management Systems in Raleigh, N.C., responded to our request to summarize 2016 milk production and milk component levels in Dairy Herd Information (DHI) herds sent to their processing center.

Milk production levels by lactation number allows us to evaluate each group of cows based on days in milk (finding weak links). If heifers are not properly grown and/or at optimal size at calving, first-lactation cows could divert nutrients to growth, which could reduce milk yield.

Third and greater lactation cows that are below target levels could reflect poor management of dry cow transition mastitis, too low or too high body condition scores, lameness, or other management concerns.

The guideline of DHI peak milk times 250 should equal rolling herd average (RHA) milk appears to be as valid today as it was 20 years ago. For farms that can record true peak milk due to daily recording milk weights, the rule of thumb is RHA milk is equal to true peak milk yield times 200. The DHI peak milk in our data compared to lactation milk yield varied in calculated constants by parity or lactation number (see tables 1 and 3). 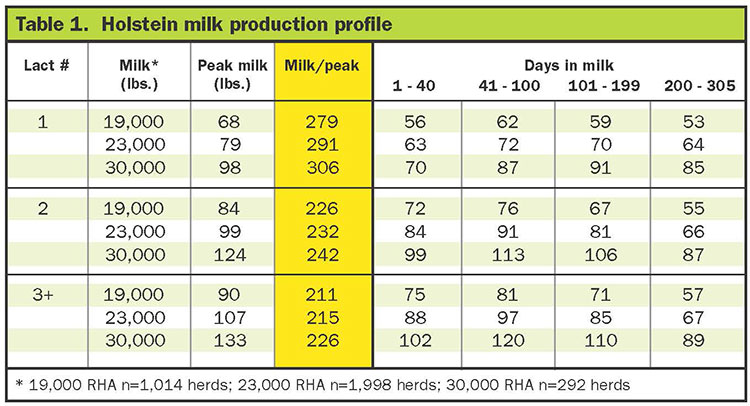 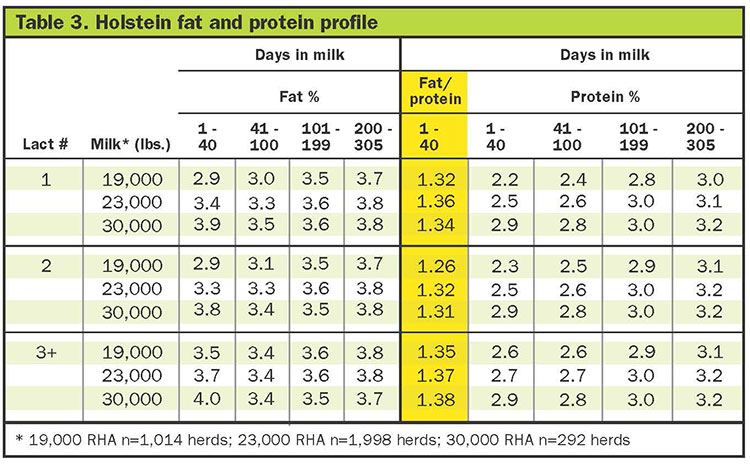 Holstein and Jersey peak milk constants associated with total lactation yields were similar based on lactation number or parity, which is interesting.

Looking at the relationship of milkfat to true milk protein ratio is breed specific. Milkfat and milk protein percentages by days in milk and lactation numbers were surprising.

Higher milkfat-to-protein ratio from 1 to 40 days in milk can reflect fat mobilization to provide added energy for milk production, shortage in dry matter intake, and/or low true milk protein percentages. Cows with higher milkfat test are at risk to develop ketosis, reduced fertility, and lameness (caused by reduced fat pad in the hoof).

Jersey milk components followed a similar trend with the highest ratio reported in the top producing herds at 3.4 for 21,000-pound herds and 3.1 for herds at 15,000 pounds of milk. 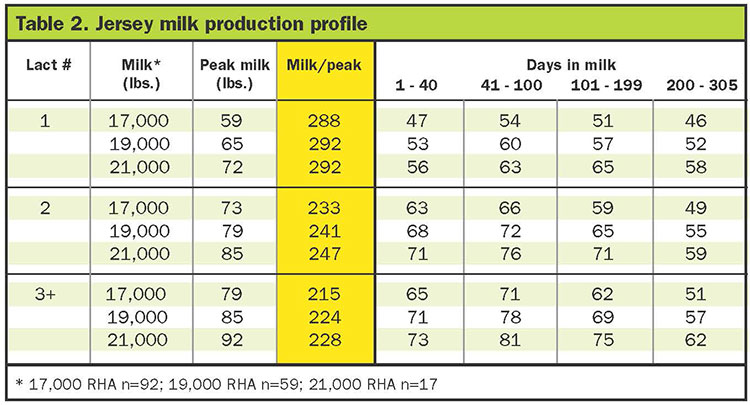 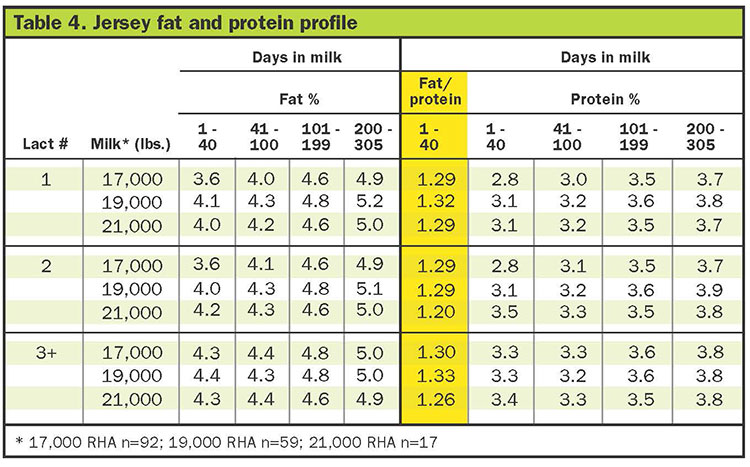 More to look at

Study the tables to see if you discover other applications. Several questions include:

We can feed for fertility
By Mike Hutjens, University of Illinois 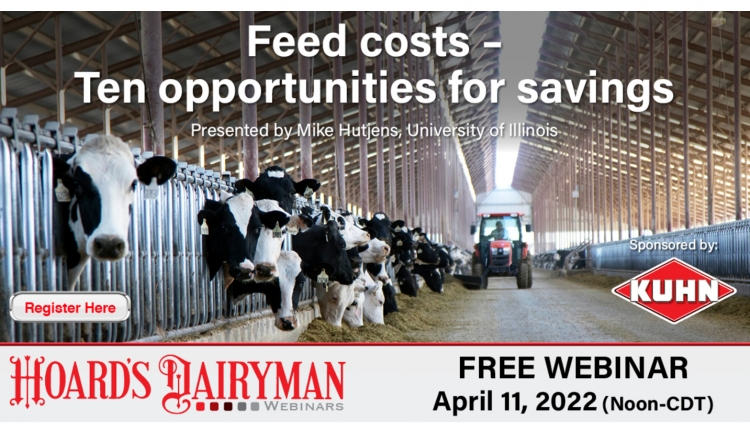 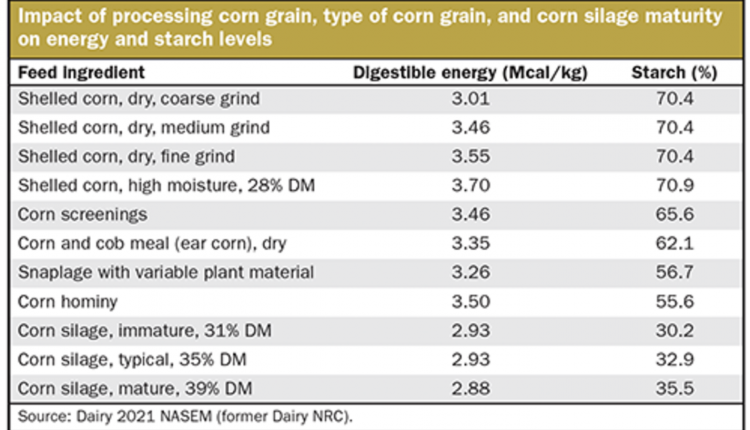