USDEC is maturing and so are food palates among some consumers in the world’s most populous countries. Both are good signs for U.S. dairy. 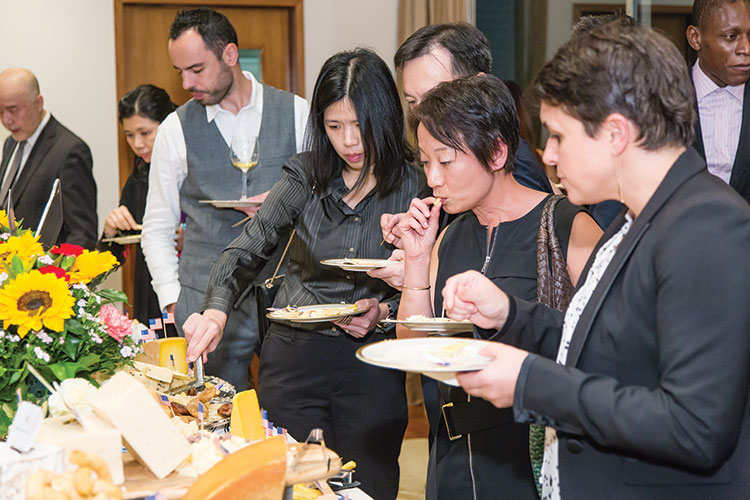 Typically when new dairy markets open, the first thing people do is drink fluid milk. Next in the dairy evolution, those consumers start eating fresh products such as yogurt. Finally, they develop a taste for cheese.

“Dairy consumption in new markets has been driven by economic growth,” said Ross Christieson, senior vice president of cheese marketing with the U.S. Dairy Export Council (USDEC). “As people move into the middle class, they want better food . . . particularly for their children.

“When I first came to Hong Kong 20 years ago, people told me that its consumers would never eat cheese. Now, some retail markets are selling 80 percent natural cheese,” he explained during a trade mission to the region, noting processed cheese is often considered an entry-level product.

“One of the biggest booms in Japan’s retail market has been blue cheese,” he noted. “Marketers originally feared Japanese consumers might think that the strong tasting blue cheese, with its distinctive flavor, would be akin to stinky tofu and pass on purchasing it. However, the significant growth in sales indicates a maturing food palate within that country, too.”

When it comes to the world dairy stage, the U.S. is a relative newcomer when compared to the more established European Union (EU) and New Zealand that rank among the world’s top three dairy exporters. As a newcomer two decades ago, the U.S. focused mainly on commodity ingredients to gain a foothold.

Like consumers’ evolving cheese palates, the U.S. market approach is shifting, too.

“The U.S. still exports a lot of cheese that ends up on a pizza, cheesecake, or hamburger. While those products are high-quality, that cheese is not a branded product,” explained Christieson.

“The well-kept secret of the U.S. cheese industry is the high-end side of our cheese,” added Angélique Hollister, vice president of cheese marketing at USDEC.

“The U.S. has earned its place among the best cheesemaking countries in the world,” stated Hollister. “At the World Cheese Awards held in Bergen, Norway, this past November, the U.S. earned 89 medals among a record-breaking 3,500 cheese entries from six continents.

“Since 2011, the U.S. has ranked third overall in total medal counts, only behind Spain and the United Kingdom and ahead of better known cheese-making countries like France and Italy,” said Hollister, who was born in France and now has worked for USDEC for 19 years.

“Our strategic plan will be focusing on our value-added products,” said Hollister of the steps involved with the “Next 5 percent” strategy to grow U.S. exports from 15 to 20 percent of U.S. milk production.

“We are not forgetting the commodity side and high-volume products. But we believe USDEC has to focus on the specialty side to raise the U.S. industry’s reputation and image to the rest of the world,” said Hollister. “Commodity exports are very much price-driven and marketing programs can do little to manage market volatility.

“Specialty cheese, on the other hand, gives us the opportunity to demonstrate that we have an amazing cheese industry that can rival the EU,” she said. “We just need to talk more about it because the 95 percent of the world’s population living outside of our borders doesn’t know that.”

Markets such as Japan and Hong Kong have a great deal of upside. Per capita cheese consumption in Japan stands at 5.3 pounds, while U.S. consumers eat 37 pounds annually. Even though Japan is the world’s largest cheese importer, its taste for cheese is just developing, with annual growth rates of 5 percent.

Even with that growth, its Asian neighbor, China, could overtake “the land of the rising sun” in 10 years as the world’s largest cheese importer. As it stands now, China consumers eat a mere 0.2 pounds of cheese annually. To say the least, Asia is ripe for growth in cheese sales when you overlay growth in the overall economy.

“Not only is our strategy about growth, it’s about improving the quality of our business in terms of reputation and heritage,” said Christieson. “In the past, we very much ran an annual cycle of our business. Now we are taking a more long-term focus.”

“We created a U.S. Specialty Cheese Gallery at usacheese.org,” explained Hollister. “This specialty cheese supplier directory provides a window to the world for our high-end cheesemakers. This allows us to proactively tell our story.

“The people and companies featured here are prescreened and must be responsive to customer inquiries,” she went on to say. Still in its infancy, there are 53 companies from 18 states featured on USDEC’s electronic platform. Far more growth can occur as the U.S. boasts 960 specialty cheesemakers.

These market development programs, along with the many USDEC trade missions, are available to all specialty cheesemakers.

“These programs are all part of the USDEC halo . . . we’ll provide the promotional effort as an organization, but we need our exporters to sell, which is why we do these precompetitive activities throughout the world,” said Christieson.

Trade is somewhat tumultuous at the moment, especially with the world’s largest two economies — the U.S. and China — locked in a trade war. Trade agreements, and the preferred trading status they infer, dramatically help sales.

In South Korea, for example, the U.S. has a large market share for dairy product sales. “It’s because we got a free trade agreement early with South Korea,” said Christieson.

The U.S. must also enhance its supply chain. “Specialty cheese sales typically do not involve filling a full shipping container,” added Hollister. “Buyers are looking to buy small quantities, and we must have a supply chain that can help fulfill these orders.”

Packaging also must be rethought. Not only are many Asian consumers accustomed to much smaller portion sizes, the packaging must be in their native language with metric measurements. It’s worth the effort, however.

“Selling products domestically will only get us so far,” said Christieson. We make a lot of great cheese in America. We need to tell the world. Our heritage and our perceptions of quality are all matters that we need to develop through future programs,” said Christieson. 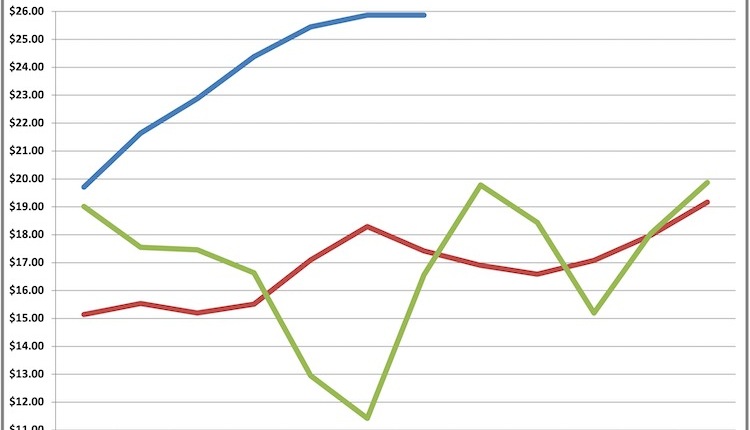