Three college classmates who wanted to farm formed an LLC and now are in partnership on an 820-cow dairy. 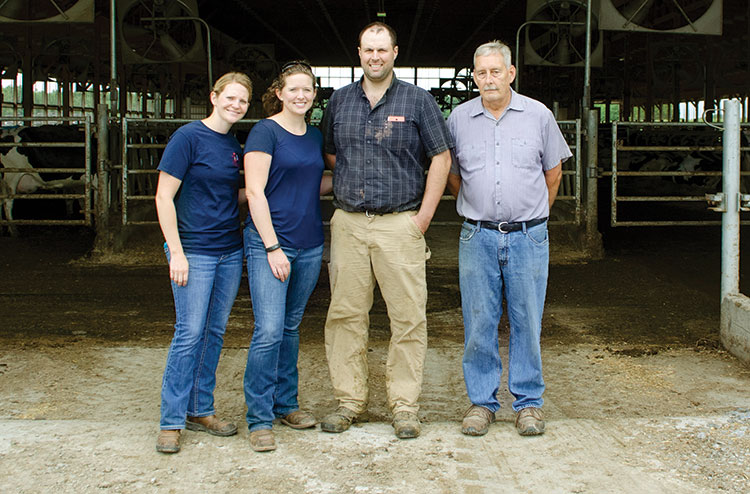 Getting into dairy was possible for Ivy Lakes Dairy through proper planning and great people to work with. Pictured from L to R: Abbey Copenhaver, Libby and Garrett Eiholzer, and Todd Hathorn.
Three friends — Garrett Eiholzer, Austin Copenhaver, and Clayton Wood — met each other through the dairy fellows program at Cornell University. They all knew they wanted to farm, but upon graduating in 2009, none of the them had the option to go back to a family dairy. They had talked about possibly going in together to buy a farm, but instead they all found jobs within the industry.

Their aspirations were not forgotten. In 2013, the three friends formed the LLC, Ivy Lakes Dairy, and began looking for a farm to purchase. After six months, they were introduced to Todd Hathorn, a third-generation dairy farmer who wanted to see his dairy, Hathorn Farms LLC, continue. “As I got older, I started to realize that I don’t want to sell this place, and that I needed a succession plan,” shared Hathorn.

Hathorn was looking for someone who might want to work their way into the business. He asked an industry friend to spread the word, and this person soon got back to him. “My friend told me he had a group of three guys who he thought I should meet; that is how I met Austin, Clayton, and Garrett,” explained Hathorn.

Today, the dairy is under the ownership of Ivy Lakes Dairy LLC. It is nestled in between Seneca and Canandaigua lakes in upstate New York. Garrett runs the day-to-day operations, Austin works for the crop farm that provides the dairy’s forages, and Clayton is a manager at an animal nutrition company. All three of their wives also share a background in the dairy industry. Libby, Garrett’s wife, works as an extension agent and is always sharing new research and procedures that could be implemented on the dairy. Abbey, Austin’s wife, is a dietician and a dietary agricultural consultant. Katie, Clayton’s wife, works as a realtor and owns a few Jerseys on the farm.

All three men equally weigh in on managerial decisions. The herd consists of 820 milking cows with a 28,000-pound rolling herd average and a 170,000 somatic cell count. Cattle are milked three times a day in a double-10 herringbone parlor and housed in freestall barns.

When there is not a family farm to go back to, or the operation cannot sustain another family member, it can almost seem impossible to enter the high-investment, minimal-return industry of dairy farming. These three friends, along with their business partner, Hathorn, discovered that an adjustable succession plan worked best so both parties could achieve their goals.

Stage 1: The beginning processes of purchasing the dairy started with a milk share agreement. This allowed both parties to have some protection in case the partnership did not work out. Ivy Lakes Dairy started by taking on 8 percent of all the expenses and also received 8 percent of the total milk check. No assets were comingled in the beginning; this allowed either party a simple outlet for leaving the agreement.

“It was a good way to get to know each other at first,” said Hathorn. “Even though when my wife and I first met Austin, Clayton, and Garrett, we felt like they were our guys.”

Stage 2: This stage took place between early 2014 and lasted until the spring of 2018. During this time, the Ivy Lakes Dairy allowed for Hathorn to completely leave management of the dairy. Eiholzer and Copenhaver took on the day-to-day management responsibilities, and Ivy Lakes Dairy gradually built up and gained equity in the farm. The three friends expanded the herd of milking cows from 500 to 820, and they built a new freestall barn.

They formed two separate LLCs, one for the dairy and one for the crops. Hathorn moved to 10 percent ownership of the dairy, and he owned and managed the majority of the crop acreage needed for the farm.

This movement of equity was done through share lease agreements. A share lease (also referred to as crop-share or livestock-share) is an agreement in which the rent is a share of the crop or livestock produced on the leased land, or the value of the production. The landlord does not necessarily receive the actual product.

Both Hathorn and the Ivy Lakes group used a consultant and a lawyer to help put this all together. “It was a real business agreement and different from a family transaction in the sense that there was no gifting,” explained Hathorn.

Rolling with the punches

Unfortunately, Stage 2 has taken a few detours due to low milk prices. “Trying to buy a large amount of the operation from Todd in a short amount of time (five years), coupled with low milk prices didn’t allow for Stage 2 of the plan to succeed,” said Eiholzer.

Both parties agreed that to make the succession sustainable, they would need to redo the agreement. The decision was made to make Hathorn a fourth partner of Ivy Lakes.

Ivy Lakes Dairy now can use Hathorn’s equity to take out loans. Essentially, the payments were Garrett, Austin, and Clayton’s responsibility, but Hathorn cosigned and backed them up with his equity in the dairy and cropland.

In addition, Ivy Lakes took on some of Hathorn’s debt. In order to balance this out, the remaining buildings and cattle owned by Hathorn got moved into the LLC. “Doing all of this helped us move our principal payments out to a much more manageable level,” noted Eiholzer. “The biggest thing to us at this point is a break-even milk price.”

Ivy Lakes’ original plan was to purchase the entire dairy in five years, but to do that they needed an $18.50 milk price. Since 2014, they were at or above that price for only six months. By redoing the agreement, they reduced their daily cost of production by $2 per cow and are closer to a break-even milk price.

All three of the friends appreciate their business relationship with Hathorn, because normally when purchasing a farm, everything has to be bought in one day. “Todd has helped us a lot to stretch out the buying process,” said Eiholzer. “And we have been able to help Todd comfortably retire along with his wife.”

As for Stage 3 and completing the buying process, that will all depend on the future of the milk price. Despite setbacks, the Ivy Lakes group continues to work toward their goals. Labor efficiency is the biggest concern. They know if they can get to 1,000 lactating cows, they can cut their cost of production by $1 per cow per day.

The three friends don’t agree on every decision, but they value the common ground they share. “The three of us were talking the other day and were joking that we should write down a list of things we thought we said before going in on this dairy together, like, ‘We will never fight,’ ‘We will always get along,’ and ‘We will have a lot of money,’” described Eiholzer.

In the end, being in a partnership with friends and a person like Hathorn has gotten their succession through the lows of dairy farming. “We all like each other and get along. Those are two things you need for a successful business,” added Eiholzer.

Getting started in dairy article series:

My cows’ teats are cleaner than your hands
By Christy Achen, 2018 Hoard's Dairyman Editorial Intern

Hoards at Expo
Sculpting her way into the dairy world 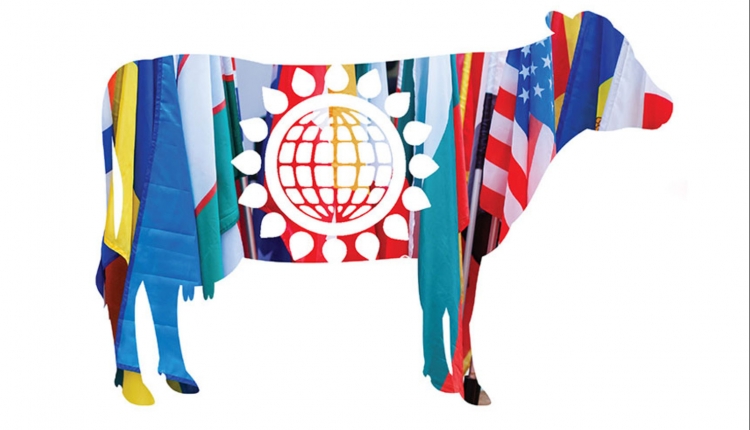 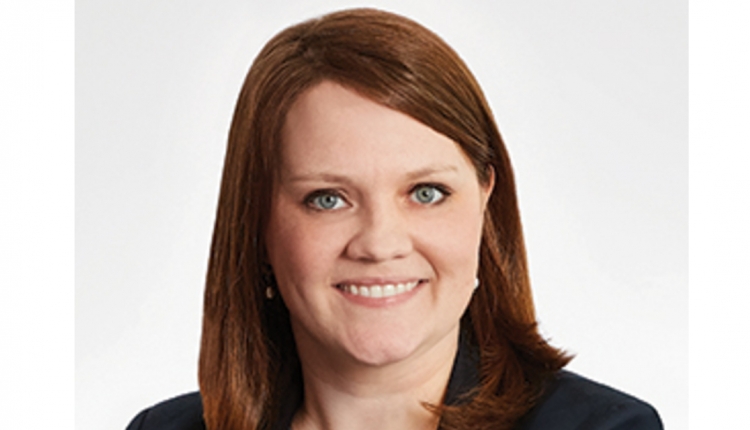 Features
From boots to suits
comments powered by Disqus