Component tests are way up in the U.S. 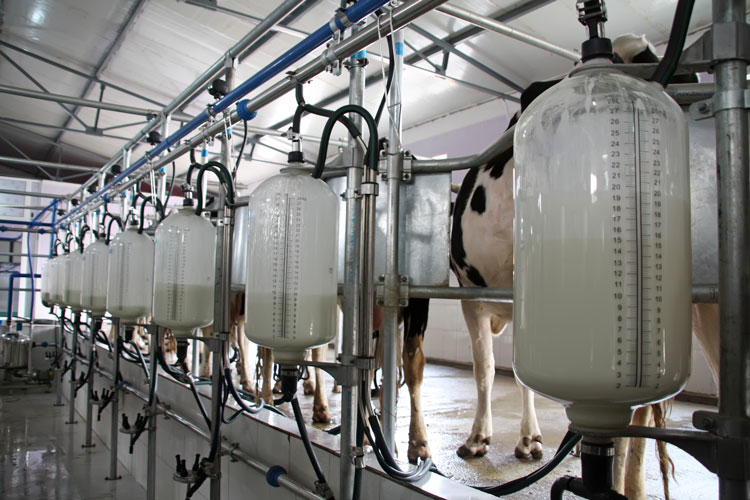 In June of 2014, Time magazine’s cover showed a picture with a title that read “Eat Butter.” The article stated that 40 years of scientific reporting centered on the mantra that saturated animal fats were not healthy. Of course, that concept has been found to be based on flawed analyses. As it turns out, that truce in the butterfat wars was all that Americans needed to return to the dairy products they loved.

Consumption of higher fat milk, yogurt, butter, and other dairy products climbed quite quickly both in this country and around the world. This rising demand for butterfat led to tightness in the market and a steep climb in the butterfat price. Farm milk checks began to reflect the shift as the protein previously had comprised about two-thirds of the value of the milk check, butterfat was now in the driver’s seat with protein taking a backseat.

A deeper look into farm milk checks
The blue line in the chart shows a ratio of the federal order butterfat-to-protein prices since 2006. You can see that by mid-2015, butterfat prices became dominant and farmers responded to the price signal. Butterfat tests, shown in the orange line, had been modestly climbing, but in 2016 they really took off. We’ve even had a few months where butterfat tests have averaged over 4 percent for the entire U.S.

If you look at what has happened to protein tests over the same time, they have risen along with butterfat, but at a much slower pace. However, the total components shipped in milk is quite a bit higher than in earlier years. This leads to a final observation: in the past few months, we have seen milk production below year earlier levels, but the total components shipped have actually been higher than the same time last year.

For instance:
• The previous 12 months of milk production was up only 0.6 percent
• Components shipped were up 1.8 percent

As we watch the dairy markets and are waiting for milk prices to rebound, we expect that negative milk production should do the trick. But the components in our milk are still yielding more cheese, butter, and milk powder for processors than the year before. 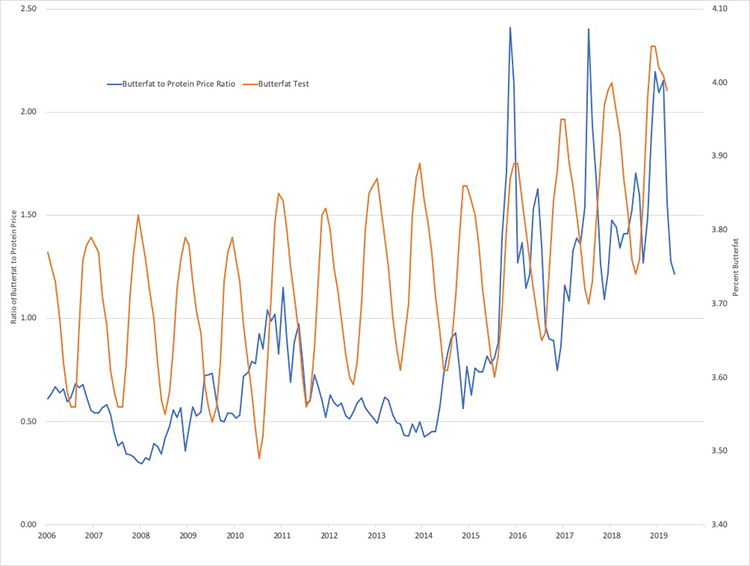 Hit the road with this advice in mind
By Mark Stephenson, Center for Dairy Profitability, UW-Madison

Hoard's Dairyman Intel - Thursday
Why have protein prices been so high?
comments powered by Disqus