By Steve Martin, DNMCmilk
The author is the founder of DNMCmilk, which works with dairy producers and heifer growers in multiple Western states. 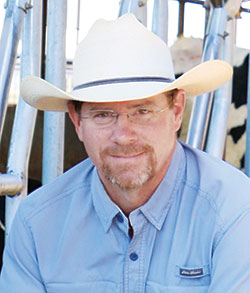 Steve Martin
If 2020 had been a package received in the mail, we would like to “return to sender.” One sentiment suggested that at the end of March, the 90-day trial for 2020 was up and they wanted their money back. No matter the expression, this has been a year we won’t soon forget.

For those who make their living in the dairy industry, it has been even a bit more complicated than for the average citizen or even the average business person. In addition to health and economic concerns, we have been asked to produce less of our product.

Though it may seem easy to an outsider, anyone connected to the dairy industry understands the complicated nature of the biological system that is a dairy farm. It is not so simple as to just cut sales by 10%. As you might guess, we have been asked many hard questions by our clients during these times. I have thought that we should be careful not to miss things that we might learn through the struggle.

As dairy producers, and the nutritionists who serve them, we are perpetually looking for ways to increase production per cow. In most cases, that is synonymous with greater total milk sales for the farm. In our current situation, we have the opportunity to try and do one without the other. A strange request to be sure, but not one totally unexperienced in dairy production before. Various past quota systems have also caused this dynamic.

The financial advantage of producing the same milk with fewer cows is a little more advantageous and would most closely mimic quota realities. The potential need to make less milk temporarily offers a twist that has required some creative thinking. This is greatly enhanced by the need to stand ready to resume production when the word comes. Not knowing for sure when that might be has impacted various decisions along the way.

My goal here is not to detail the different angles and approaches used by producers and try to see what ended up being the best. What I want to do instead is make a few observations that we have noted while the jury is still out on what was the best approach.

The lowest hanging fruit for many producers was to evaluate the herd and be sure that any marginal cows were either culled or dried off early. Not to review the pluses and minuses of this choice, but what I want to do instead is stop to take a look at the herd without these marginal cows included. We have always been able to complete this task with a simple command in the herd management software to look at the dynamics of the herd “as-if” some subset of lesser cows did not exist.

The difference between this as an exercise and really doing it could surprise us. One client told me that, after having walked all of the pens multiple times, he didn’t see a single cow that he did not like.

Pause for a minute.

Has this removal of marginal cows offered a real-life glimpse into the dairy of the future? In the next iteration of dairy farming where inputs are more scarce and further improvements in sustainability are required, will every surviving dairy be able to say that they don’t have a single cow in the herd that they don’t like?

I heard recently at a conference that, due to the new speed of genetic improvement, the herd of the future may be equal to the top 10% of your current herd. That is quite a difference. One could truly say that there are no marginal cows in such a herd. In that situation, should a dairy milk less cows and sell the same amount of milk or milk the same amount of cows and ship a significantly higher volume of milk? I suppose economics, and likely some other issues, may determine the correct answer for a particular farm.

Regardless of the right or wrong answers to these questions, my client had the opportunity to see what we should all strive for. Through improvements in genetics, cow health, reproductive success, cow comfort, and human interaction, we can have that dairy. Today, it was just the result of a heavier than ever before cull and dry-off event. The question really is, how do we get there?

Ready to ramp up

One of the other popular techniques to reduce milk flow while standing ready to ramp back up has been to change all or part of the dairy from 3x a day milking to 2x a day milking. This question of 2x, 3x, 4x, or even more with robotic milkers has been the subject of dairy conversations and arguments for a long time.

There is nothing new here, except the fact that changes in production needed to happen quickly to meet the requirements. This isn’t exactly how the response to changes in milking frequency really work.

Much research by mammary physiologists has been completed over the years to better understand this most basic of management options for a commercial dairy. Suffice it to say that the fairly quick decisions that needed to be made in the current environment did not give much attention to the real physiology of the udder as impacted by milking frequency and realities such as hormonal drive for appetite in 2x verses 3x milked cows.

A more interesting point that may be noted after a change from 3x to 2x is that some dairies are just better as a 2x dairy. Perhaps, a reduction in milking frequency allows a farm to do everything just a little bit closer to perfect. Maybe it fits labor needs and milking shift times better. Maybe it is better for cow comfort or the 24-hour time budget for a dairy and the cows. Could there be less stress on cows and people?

If you changed your dairy from 3x to 2x, don’t miss the chance to ask yourself and your team this question: Are we a better dairy at 2x than we used to be at 3x? Don’t make the change back unless you are convinced that you can take care of business just as good at 3x.

I wanted to make a quick mention of a more basic nutritional issue that likely is more related to nutritionists and formulation than to dairy management. We have been asked by some to feed a few pens or groups of cows to support less milk to help meet the needed reduction. In some cases, this has been a suggested modest drop on a large number of mid- to late lactation animals. In others, it was more of a plan to significantly cut nutrients to drive down milk production for the last 30 to 60 days of lactation.

Though we are all confident of our ration modeling prowess, and this is fairly easily achieved on any of several good nutrition models, the reality of this happening just as scripted is not a sure thing. We can do a few changes to “strongly suggest” to a group of cows that they respond in a certain way to a ration manipulation. However, there are many moving parts in this, especially in later lactation animals.

If you reduce nutrient input, they will reduce milk output, but it may not be at the rate you plan for. Variations in dry matter intake, milk components, and weight change allow an individual cow to virtually do whatever it wants. Perhaps seasonality, reproductive status, and even genetics may impact the answer, but we can’t vary inputs in the ration and assign them to only impact milk production and not body weight or appetite.

This one has been more of an unintended lesson for me. Usually, it seems easier to model and formulate for cows in early lactation rather than in later lactation. Maybe it is just because we have more focus and experience there, or maybe it is because cows in later lactation have more variation in energy partitioning and voluntary intake.

We have found that using the relatively new tool of undigested neutral detergent fiber at 240 hours (uNDF240) as a predictor of voluntary intake has been more responsive to our goals. We all know that adding bulk to a ration will reduce intake due to higher particle length and increase time in the rumen to break down those particles. Using uNDF240 allows for the actual indigestibility of fiber to also impact how long particles stay in the rumen and the resulting impact on hunger for the next meal.

In situations where milk reduction could be accomplished through reduced intakes, the things we have been taught regarding uNDF240 have proven to be successful. So, mark that one down as an opportunity for the nutritionist to gain confidence in using a new tool more effectively in the future.

No one likes being told that they have to sell less and experience reduced earnings as a result. We are all working as hard as we can to mitigate the losses, take care of the cows, and be ready to turn it all back on again when we get the good word to do so. But, like the many lessons we learned by surviving the dairy economics of 2009, maybe we won’t turn it “all” back on.

I am confident that as an industry, we will emerge smarter and more efficient from these unexpected times. Pay attention to the cows. Look at changes in input cost. Query the workforce at the dairy and see what you might learn from them.

The year 2020 will be remembered for a really long time. Amongst all of the negatives and stress that are sure to come, be mindful to study your response to this challenge and use this as a way to become a better dairy in the future. 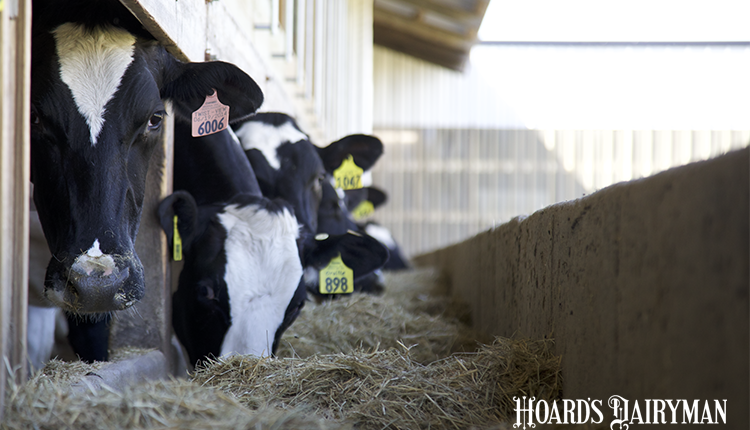 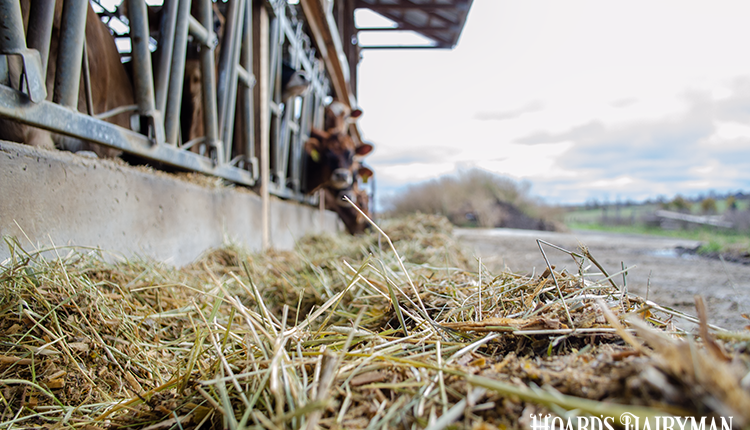 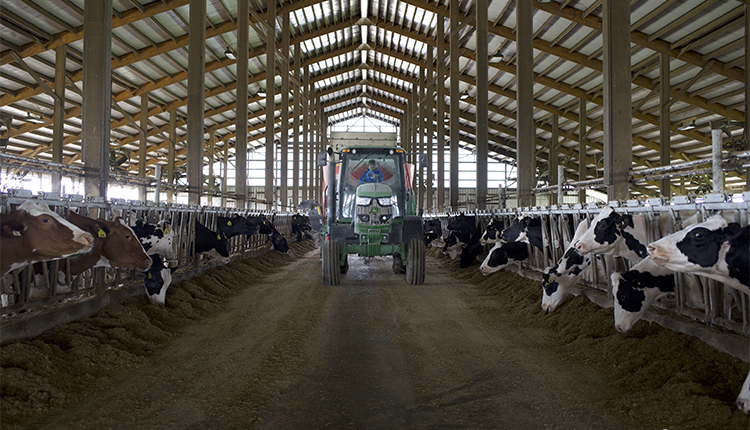