Despite scientific evidence, healthy fats like those found in dairy still did not receive an endorsement from the Dietary Guidelines Advisory Committee. Without an endorsement on saturated fats, 2% and whole milk cannot be included in school meal programs.

The Dietary Guidelines Advisory Committee (DGAC) completed its final report on July 15 and sent it to Secretary of Agriculture Sonny Perdue and Secretary of Health and Human Services Alex Azar. The final report has far reaching implications, as it makes recommendations for the dietary guidelines for 2020 through 2025. Although these dietary recommendations are not statutory, they set the standard for federal school and elderly nutrition programs, hospitals, other institutions, and military commissaries.

The guidelines will go into effect later this fall. Many nutrition experts have publicly expressed concern that the DGAC was remiss in rolling forward the limit on saturated fat to 10% of dietary caloric intake. These experts, who include former DGAC members, state that the current 2020 DGAC failed to consider the importance of foods containing these fats and the contribution of these foods to healthy eating habits. This oversight has left a significant gap in the findings of the final report and needs to be addressed.

It is very important to briefly review the battle the dairy industry has been fighting over saturated fats for 60-plus years. The first thinking that contributed to the belief that saturated fats were unhealthy came from studies in the 1950s. These investigations focused heavily on cholesterol and the buildup of plaque in the blood stream that was believed to cause heart disease.

The simplistic notion — milkfat would result in the production of “bad” cholesterol, which would restrict the arteries and cause heart attacks. That doctrine became widely accepted among doctors, health officials, and nutritionists.

This unjustified idea took on a life of its own even though the initial studies were seriously flawed. Later, as more and more information became available on the causes of heart disease, experts learned that the issues were much more complex than had originally been thought.

Nevertheless, milkfat was targeted early on as a prime candidate that would lead to clogged arteries and heart disease. Margarine was promoted as a substitute for butter. In the 1970s, low-fat and skim milk products began to be marketed as alternatives to whole milk.

What is unfortunate about this entire saga is that these early mistakes about saturated fats have remained conventional wisdom for doctors, nutritionists, and scientists, who prescribe diets for Americans day in and day out. This included experts who made recommendations to the government on healthy eating habits.

It wasn’t until Nina Teicholz, a journalist, came out with the now well-known book The Big Fat Surprise in 2014 that these long-held erroneous beliefs were seriously challenged. The conclusions in her book clearly demonstrate that reputable research and science focused on saturated fats had never actually provided any evidence that saturated fats have any effect on cardiovascular disease or death.

When Secretaries Perdue and Azar appointed the DGAC in 2019, high hopes were pinned on the committee to re-examine the overwhelming evidence that is available on saturated fats in milk products and their importance as part of a healthy diet. Over the last several years, numerous clinical studies have shown conclusively that saturated fat in milk is not damaging to cardiovascular health or elevating mortality rates.

Clinical studies are clearly the most rigorous of scientific methods for evaluating the effects of saturated fats on heart disease, diabetes, obesity, and other health-related issues. Moreover, nearly 20 review papers have gone back to look at that early research that Teicholz unearthed, and these review papers agree with her conclusions — that there is no evidence supporting continued caps on saturated fats. The latest of these review papers was published in the prestigious Journal of the College of Cardiology, and its authors include several members of previous DGACs.

Unfortunately, the current DGAC, in preparing its report, chose not to review these papers or the large bodies of clinical trial literature funded by the National Institute of Health and other institutions. Their final DGAC report reflects the same recommendations made back in 2015. Low-fat dairy products remain a key recommendation. There were no real changes at all.

The DGAC’s recommended caps on saturated fat are not supported by the article in the Journal of American College of Cardiology. Not only is this bad science, but it also limits natural foods, including dairy products, that contain several important nutrients such as iron and choline. These are nutrients that Americans currently don’t consume in adequate amounts.

Also, the DGAC report did not include scientific literature dealing with weight loss. Obesity is a major problem among Americans today as a number of studies have shown that 66% of Americans are either overweight or obese. A report written by three Army Generals titled “Too Fat to Fight” clearly outlines the same problem with American youth. Healthy diets can certainly deal with this major problem.

The DGAC simply did not do its homework. It failed to review all of the scientific literature that is available on saturated fat — and that has been available for years. A major part of the responsibility of any federal advisory committee is to sort through all of the scientific studies and other reports as part of its overall analyses.

Why wasn’t this done?

There certainly are good aspects to the final report when it comes to dairy, in terms of the number of servings recommended for daily consumption and other suggested milk products for young children. However, the absence of any willingness on the part of the committee to examine the extraordinary number of clinical studies and other literature on saturated fats is not only alarming but inexcusable.

There is no explanation given by the committee for this oversight. And despite thousands of public comments, e-mails, and other communications to the committee as well as to the two cabinet secretaries prior to the release of the DGAC final report, there was no response.

The potential effect on dairy farmers is profound. Efforts are being made by members of Congress to have 2% and whole milk included in the Nutrition Bill Re-authorization as an option for the school nutrition and WIC (Women, Infant, and Children) programs. As every dairy producer knows, if kids don’t drink milk at a young age, it is doubtful they will drink it as adults. Class I fluid milk sales have been dropping precipitously over the last few years.

The dairy business is dealing with many issues today. Our industry faces competition from other products in the marketplace. We need to have all of our milk available to our children and to the public at large. That includes 2% and whole milk. 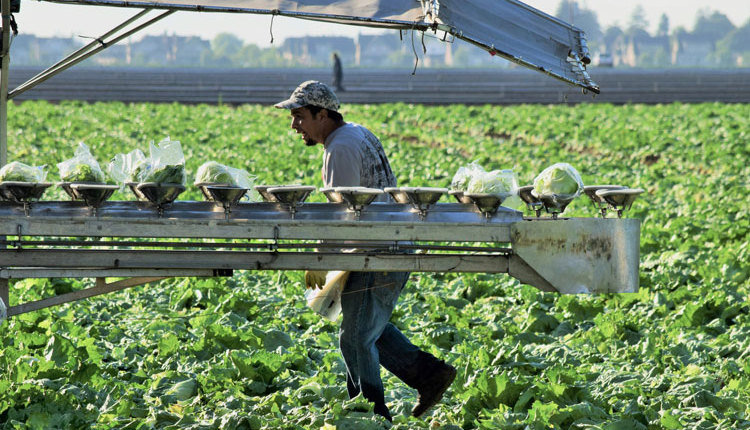