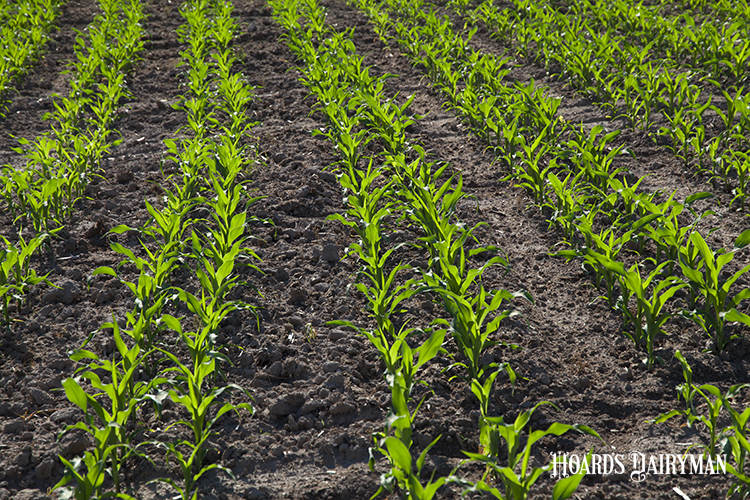 Although cow numbers grew modestly in February to 9.37 million cows and stopped an eight-month slide in herd size, tight milk supplies in the U.S. continue to squeeze processors. Milk production in February fell to 17.5 billion pounds, down 1% year-over-year with the Northern Plains being the only region to report a gain. Historically high prices for feed, labor shortages, and the lowest replacement heifer inventories in over a decade remain powerful headwinds that continue to push against expansion of the U.S. dairy herd. 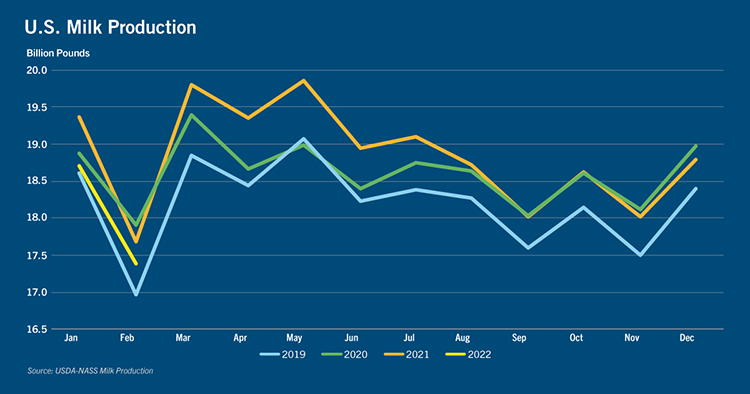 When looking to the horizon, that outlook could continue to worsen.

In USDA’s Prospective Plantings report released in March, farmers surveyed for the report indicated a contraction in corn and hay acres in 2022 at the expense of rapid expansion in soybean acreage. Drought conditions across the western U.S. brought on by La Nina are also expected to persist into this summer.

The combination of further losses to corn and hay acres this spring and the continuation of drought across the western half of the U.S. does not portend a softening of feed costs in the year ahead – a worrisome situation in an already tight supply year for feed. Add in losses in Ukrainian corn exports from the world balance sheet for an unknown duration, and dairy farmers have few reasons to feel optimistic on feed costs for the remainder of the year.

These cost pressures, however, are an international problem, and global dairy production among exporting countries has been falling since September 2021. In New Zealand, milk collections in February fell 8.2% year-over-year on exceptionally dry pasture conditions, while the EU dropped 0.7% year-over-year. With European and New Zealand exports hobbled, global demand for U.S. dairy products has not retreated, creating an intense pull on scarce milk supplies that are expected to remain so for the foreseeable future.

USDA currently expects the 2022 All-Milk price at $25.80 per hundredweight (cwt.), $7.11 per cwt. above 2021, which in turn was up 44 cents from 2020. Many producers undoubtedly will profit from the elevated milk price environment, but many won’t. The number of dairy farms in the U.S. fell below 30,000 in 2021, which serves as a reminder in times of high inflation: Economies of scale still rule irrespective of milk prices.