As yields improve over time, a picture of how to manage corn for optimal silage performance has emerged.

By Carole Curtis
The author is an agricultural free-lance writer based in Manitowoc County, Wis.

The yield march continues for corn silage, according to Joe Lauer, University of Wisconsin extension corn specialist. In Wisconsin, yields rose 0.04 tons an acre per year from 1919 to 1929; 0.1 tons from 1930 to 1995 as hybrids hit the fields; and 0.21 tons during the transgenic era that began in 1996.

"Managing corn for optimum grain yield will optimize silage yield and quality," Lauer told those attending a recent Manitowoc County Forage Council seminar, located in northeast Wisconsin. "But some modest changes can translate into maximum results. The tweaking for silage lies in hybrid selection, planting date, plant density, and harvest timing," he went on to say.

Decisions impact forage results
While the ultimate test of quality is animal performance, there are a number of agronomic considerations:

Yield and quality. Trials dating back to 1994 show yields range 3.1 tons per acre between the top and bottom hybrids. That translates to a 477 pound swing in milk per ton of silage. Measured another way, it is an 11,500 pound swing in pounds of milk per acre.

Planting dates. From April 24 to June 16, Lauer found yields dropped by 2.2 tons per acre for a 27 percent impact. The date had a 3 percent change on milk per ton and a 30 percent gain on milk per acre. Similar scales based on planting date would apply to other regions.

Soil fertility. An application rate of 160 pounds of nitrogen per acre was compared to no application. It showed a 20 to 50 percent change in yield.

Harvest timing. When harvesting wet (R3) compared to dry (R5.5) corn silage, there was a 4.4 ton per acre range or a 40 percent shift in yield in favor of R5.5. In addition, there was a 15 percent impact on milk per ton and a 38 percent range in milk per acre.

In the current transgenic era, Lauer offers some additional principles to help guide hybrid selection. Growers should use multi-location averages to compare hybrid performance and evaluate its consistency of performance. Among the genetic factors that influence a grower's decisions on his forage cornfields, Lauer advised looking for hybrids with grain yields labeled adequate, high forage yields, and high milk per acre.

"The digestibility of stalks and leaves should be considered, and plant maturity should be 5 to 10 days longer than a full-season hybrid," said Lauer. "The variety's drydown should be synchronous between stover and ear, instead of the "stay-green" of grain hybrids, to allow for proper ensiling moisture at harvest, and kernel texture should be soft," said the Wisconsin corn specialist.

"When breeding and managing a corn plant for silage, good agronomics remain critical. The hybrid should offer high yields of biomass and pest resistance in high density situations," Lauer said. "There is a lower economic threshold for pest control with silage," he added, noting transgenic traits for pest control are important.

The hybrid should also offer adequate lodging resistance and be prolific.

In addition, pay attention to seed cost, and buy only the traits you need. "The bottom line is that traits do not add to yield," Lauer said. "Traits protect yield."

However, yield will be sacrificed and problems will develop if the timing of harvest is off. "If the silage is too wet, at greater than 70 percent moisture, there will be reduced yield, souring, seepage, and low intake by the dairy cows," said Lauer.

"If the crop is harvested too dry, at less than 60 percent moisture, there will be reduced yields, molds will develop, and digestibility, protein, and vitamins A and E will be lower," he noted.

The harvest timing trigger depends upon the ideal moisture for the particular silage storage facility.

Pushing populations and row spacing
"Plant distribution has the most potential to move a farmer off his current yield level," Lauer said. "Plant densities for maximum yield are going up as new hybrids are commercialized. For row spacing, narrower is considered better, although the decision has a low impact on yield.

"There are challenges to plugging in more plants," noted Lauer. "Excessively high populations can lead to poor root development, standability issues because of poor stalk strength, inconsistent ear development, and small or blank ears," he cautioned.

In industry trials on twin rows, Monsanto reported an average of 3 bushels per acre more for twin rows when compared to 30-inch rows. Also, yields were higher at 16 of 20 locations and different hybrids responded differently.

Meanwhile, AgriGold found a 5 bushel advantage with twin rows in 2009 and a 4.4 bushel advantage in 2010, as well as hybrids responded differently to row and plant spacing, said Lauer. Pioneer reported twin rows yielded 0.7 bushels per acre less than 30-inch rows in 2010 with similar hybrid responses.

Among the management factors, Lauer advised plant populations for forage cornfields of 2,000 to 3,000 more than the 26,000 to 34,000 seeds per acre typically planted for grain fields. Plantings can be made up to seven days later than for grain.

Looking ahead
Although silage corn can currently produce as much protein and oil per acre as soybeans and yields continue to rise, Lauer concluded there is plenty of room for progress. Forage quality changes have not occurred, although specific hybrids such as brown midrib have had dramatic changes. 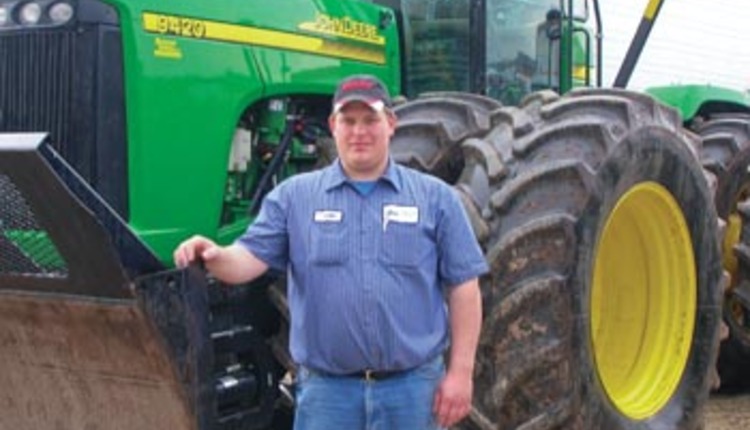 Crops and Forages
Packing Bunkers: Five Steps To Getting It Done Right
comments powered by Disqus