Even without completely new facilities, social stress can be managed during the transition period.
Stress is an unavoidable part of a cow's transition period, typically defined as the three weeks before and after calving. The challenges a cow faces comes in many forms. One stressor is an elevated threat from pathogens. It is estimated that 75 percent of disease occurs within a month following calving. Another challenge is the nutritional hurdles inherent with this stage of lactation. A cow will typically experience multiple changes in diet as she progresses from the far-off dry period to early lactation as we attempt to match her diet and nutrient needs.

Other barriers come from her physical environment. For example, the last USDA survey reported close to 70 percent of dairy operations in the Western states and 36 percent of operations in the East housed their dry cows on drylots or on pasture. It is likely that cows in these operations experienced some level of heat or cold stress during their transition period.

To facilitate multiple diets, cows are typically moved through several pens, and the frequent changes in their social environment are considered another confounding variable. This final factor may be the most problematic as it is the most difficult to manage around. Social aggravation also intensifies the effect of the other potential stressors during the transition period as the effects of these events are thought to be additive.

Research from a group of Italian scientists found that cows with an elevated stress response, in the form of greater inflammation, during the first month after calving produced less milk (75 versus 88 pounds per day) and were less fertile (2.7 versus 1.7 services per pregnancy), relative to cows with a lower stress response. Therefore, managing tension levels during the transition period is key to a successful lactation.

There are two strategies that could be implemented to reduce the number of times a dairy cow is moved from one pen to another. First, a one-group approach to the dry period can eliminate at least one of these moves. This approach may work best on farms that are using a shortened dry period (40 days) as long as a consistent supply of low-energy forages are available.

The other more novel strategy is the all-in all-out approach. A behavioral study conducted by the University of Minnesota determined this approach reduced the total displacements per pen and per cow during the five weeks before calving as compared to conventionally managed dry cows.

A more important result of this study was that total aggression during the final week before calving was lower than the previous four weeks, which suggests a calmer environment for calving. A companion study from the University of Minnesota and Texas Tech University found that the reduction in social stress in an all-in all-out system did not translate into improved health or innate immune function following calving. Therefore, with the data currently available, the merits of the all-in all-out approach are still debatable.

Timing is key
Regardless of your current strategy, loosely housed dairy cows will experience pen changes to some extent. Cows should be able to handle the changes with proper stocking density and carefully implemented moves.

Data from Purdue University and the University of British Columbia indicated that moving cows later in the day and avoiding feeding times may be beneficial. This will minimize the reduction in DMI for resident cows, as the majority of consumption will occur during the two hours after delivery of fresh feed anyway. Another benefit is that the new cows will enter a pen where minimal activity is occurring, which affords the greatest opportunity to eat and find other resources (resting space, water, grooming brush and so forth) with little competition.

A Danish study observed easier adaption to a new pen for first-lactation cows when introduced in pairs rather than individuals. The result was longer lying times for these cows. Most importantly, no pen moves should occur within one week of calving (other than to a calving pen) and, if possible, moves in the last 14 to 21 days should be avoided.

Finally, to avoid prolonging the final stages of calving, research from the University of British Columbia and Arahus University suggests moving dairy cows into a calving pen at least five hours before calving. While this may not always be possible, it does reiterate the importance of routine checks on a close-up group to watch for signs of the onset of labor.

Reduce stress when possible
The recommendation to maximize the length of stay in the close-up pen comes from two different lines of evidence. First, cows spending less than seven days in a close-up pen had a greater incidence of milk fever, retained placenta and uterine infection than those cows spending at least eight to 14 days. Extending the length of stay beyond 14 days continued to reduce the incidence of disease.

The benefits of a longer stay in the close-up pen are not limited to the transition period. Cows and heifers housed in this pen for at least five days produced more milk over the next lactation. This response was greatest for first-lactation heifers, resulting in 3,300 pounds more milk over the lactation. Lengthening the stay in the close-up pen to at least nine days improved production over the first lactation by an additional 2,200 pounds. The same trend, but to a lesser degree, was evident in cows entering their second or greater lactation.

Stress during the transition period will never be eliminated. However, strategies exist to minimize its impact on the cow. While there may be some merit to alternative strategies (one group or all-in all-out housing), there is limited evidence to support the large-scale adoption of these practices unless they readily fit into your overall game plan. Instead, emphasis should be placed on minimizing the additive effects of stress by utilizing some of the methods mentioned in this article.

Features
One birth at a time 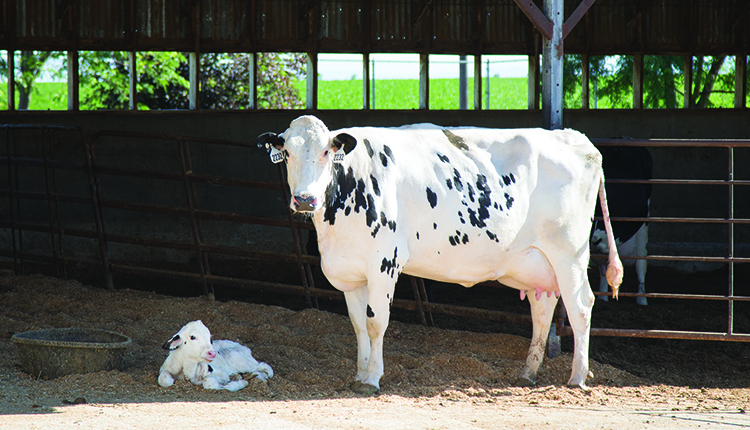 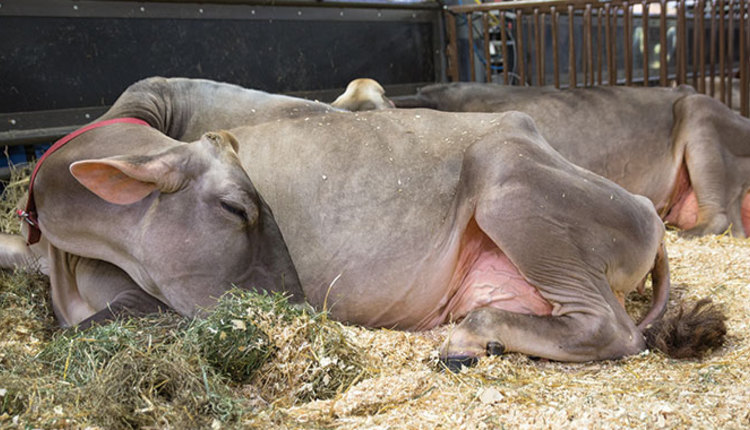