Best blogs of 2017: We revolutionized our calf program

Our calves are bigger, healthier, and stronger. 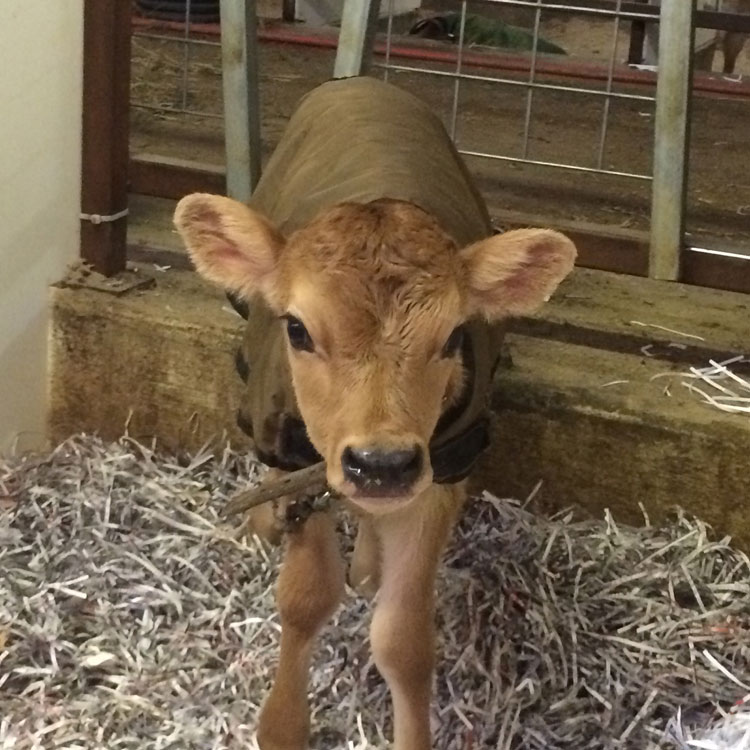 October 10, 2016
It’s a date that was a major turning point for our farm. It’s the day our calf program was literally revolutionized. But let me go back to the beginning.
We all have areas on our farm or in our lives that need work. When things slow down a bit, we start to look at weak points in our operation. Over five years ago, our annual calf mortality rate was 10 percent or higher. After multiple consultants and every kind of testing, by chance, we started feeding our calves bottles for a month instead of just a few days and BAM! Problem solved. Our mortality rate dropped consistently below 5 percent. Win, right?Not long after, we realized we had fixed one problem but still had another. Our calves were surviving but most of them were still scouring at some point in their young lives. We attacked the problem from every angle. We looked at colostrum management, bedding in our maternity pens, calf vaccinations, and dry cow vaccinations. We had multiple consultants, some that know our herd well and others that didn’t know our herd at all. I had finally resigned myself to the fact that we were only ever going to treat scours not prevent it. Then an offhand comment from our dairy nutritionist peaked my interest. I did some research and on October 10, 2016, I started feeding apple cider vinegar (ACV) to my calves.Starting at day four, they get one tablespoon twice a day. We feed it to all our bottle calves and stop when they’re switched to bucket feeding at four weeks. After two months, it became clear that we would never willingly stop feeding ACV. The calves are healthier and stronger. They start eating grain sooner and wean younger. It hasn’t eliminated our scours, but I can safely say that the frequency of scouring calves has decreased drastically and the intensity and length of their symptoms have, too.Guys, they’re calves. The fluctuating weather, still wreaks havoc, but our little Jerseys are weathering through splendidly. Bottom line? Never be afraid to try something a little out of the box. My favorite farm hacks, often come from half mumbled offhand comments that we research, discuss, then try. I know that what works for me may not work for you. But in the year since we’ve started feeding ACV, knock on wood, we’ve lost three calves. That’s a mortality rate of less than 1 percent. I’m calling that a win.