Although it’s tough to talk about, it’s more important now than ever to buckle down on our dairy farm finances and decisions. 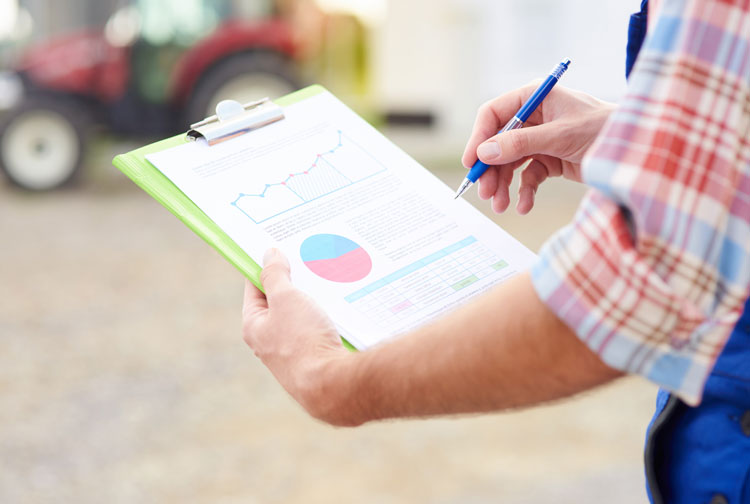 At World Dairy Expo, Chris Wolf, a professor in Agricultural Economics and Management at Cornell University, presented a seminar on the sometimes dreaded topic of dairy farm finances and decision making. During the presentation, he shared benchmarks for dairy farms, discussed long-term investments, and elaborated on management modifications.

Wolf kicked off the seminar by comparing the milk price to a rollercoaster. When elaborating on the U.S. All-Milk price, Wolf said, “In the last four or five years, we’ve been on the tilt-a-whirl and not even a rollercoaster.” Going forward, he explained when income over feed cost (IOFC) is adjusted for inflation, we see a downward trend. Two issues in relation to the stressed dairy farm profit margins Wolf mentioned were:

When analyzing the impacts of increased U.S. dairy exports, Wolf also explained that exports support production growth. The U.S. can export our solids-not-fat (SNF) and milk proteins, which results in higher dairy revenues in aggregate. On the other hand, we retain most of our butterfat. In fact, the U.S. sometimes even has to bring butterfat in.

Additionally, exports can result in more price volatility because of the high correlation with world prices and political disagreements. “If you look at our prices in the past ten years or so, our milk powder prices are 93 percent correlated with world prices whereas the cheese prices are only about 50 percent correlated,” Wolf said. “Butter is even less than that because we just aren’t exporting it like the others.”

Moving forward to discussing what a farm can do in these times, Wolf expressed, “A financially viable farm in the short-term is going to need to have a positive net worth and liquidity and cash flow. In the long-term, you’re going to have to be profitable.” He went on to provide examples utilizing Cornell’s dairy farm business analysis summary. “If you can utilize debt to generate more income than what you’re paying on the debt, that’s good,” he added.

“We’re in a boom or bust dairy industry in the U.S.,” said Wolf. Some management implications he mentioned included the ability for producers to deal with longer downturns, maintaining access to outside capital, assessing business strengths and weaknesses, and considering risk management tactics that work with the farm and its goals. “If you’re going to be in a commodity market, you have to be one of the low-cost operations,” he said.

One goal that Wolf suggested for producers is to be a resilient business. “Resiliency is how you respond to shocks and disturbances,” said Wolf. A farm can measure their farm financial resiliency by evaluating how much equity or liquidity they can afford to lose, how much is lost in bad years, and how long it takes to recover from said losses.

To assess the farm finance risk, Wolf suggested to measure solvency positions and trends in relation to lender benchmarks, compare liquidity to industry and lenders, and benchmark yourself for profitability to similar farms over a three to five-year period.

Some of the most common cash flow problems that Wolf has seen over his career from producers were disorganized books, lack of cash flow forecasting, and growing too fast or growing at the wrong time. “Your knowledge of your financial position might help you set some goals for the farm, so invest in things that generate revenue if you can,” he said.

“Tools to manage risk generally fall into three categories. They either reduce the variability of outcome, they maintain decision-making flexibility, or they improve the risk bearing capacity of the farm business,” explained the finance professional. Reducing income variability would include things like futures, options, and insurance contracts. Diversification in general can help reduce variability depending on what enterprises you’re combining.

In conclusion, Wolf proclaimed the importance of a producer knowing their cost of production (COP). “If you don’t measure it, you can’t manage it,” said Wolf. “Don’t use your Schedule F, but you can use it as a starting point.”

The biggest reason that producers don’t use these financial risk management tools is their lack of knowledge about them and lack of time. In order for any operation to progress, it starts with knowing where you stand.

In a sea of blue jackets

An app for every farm need
By Sarah Thomas, 2019 Hoard's Dairyman Editorial Intern