Management of the fresh cow during the first 21 days of lactation is a critical control point for maximizing health and productivity on all dairy farms. Identifying an off-feed fresh cow was a breeze when each cow received individual attention in a tie stall barn.

But how do we identify sick cows for treatment in groups of fresh cows that may be as large as 400 cows in our largest dairy herds? One approach is to screen daily milk weights and activity monitors to group cows that require an exam.

Identifying risk groups
Another approach is to develop risk groups that target our effort on farms to the cows that need it most, creating a smaller sub-group that requires most of our attention. The question is, who should be in this group?

Arturo Gomez analyzed the daily time budget of 205 lactating cows housed in 16 different free stall barns in Wisconsin. We believe that lactating cows need to achieve at least 12 hours of rest per day. Our studies showed that the most significant factors impacting the time available for rest were stall surface type, time spent out of the pen (milking), and lameness.

Resting times were shorter in stalls with firmer rubber crumb mattress surfaces than in sand stalls. Cows on sand had longer lying bouts and took fewer bouts per day compared to cows on mattresses, presumably because the surface gave more cushion and support (see figure).

Time away from the pen for milking varied from 0.5 to 6.0 hours per day for individuals. This had a negative effect on time feeding, time in the alleys, and, most importantly, on time lying down and resting.

Farmers often ask whether lame cows lie down more or less than nonlame cows. The answer is, they do both! Lame cows struggle to rise and lie down, so they sometimes get stuck in one position or another.

The stall surface can have a big impact. Sand provides the lame cow the traction she needs when rising and lying, and we see fewer lame cows standing in sand stalls compared to cows housed on firm rubber crumb mattress beds. In mattress herds, only 35 percent of the lame cows had long lying times (more than 13.5 hours per day) compared to 72 percent of the lame cows in sand herds. Twice as many lame cows rest for long periods on sand beds compared to mattresses, and we believe that this helps lame cows rest and recuperate.
A second study recently published by Diego Calderon on a large Wisconsin free stall barn milking three times a day shows us that taking care of lameness and the cows' time budget is even more important for our fresh cows.

Lameness is a fresh cow disease - for two reasons. First, many of our mature cows are lame as they enter the transition period. In the study herd, 52 percent of the 40 mature cows were lame (locomotion score (LMS) greater than 2) throughout the period 16 days before calving to 89 days after calving. Second, lameness affects our first-lactation heifers very early in lactation. The peak was around 30 to 40 days after calving for the 17 heifers in the study.

Claw integrity is compromised around calving time because of the hormone-induced changes. Changes in rest may impact lesion development in early lactation. For two to three days before and after parturition, lame cows took significantly more lying bouts per day than nonlame cows in our behavioral study - presumably because a lame cow adds the discomfort she feels as she gives birth to the pain in her foot (‘‘windup'').

Lame cows recover from this period of greater restlessness by lying for almost two hours a day longer than nonlame cows during the first week after calving. We did not measure time feeding or feed intakes in our study, but we did measure blood ketones - a measure of fat mobilization due to negative energy balance. We found that the lame cows had higher mean blood betahydroxybutyrate concentrations postpartum than the nonlame cows - presumably because the additional rest impacted time available for feeding. So lameness was a significant risk factor for ketosis.

Lame cows need attention
It appears that the lame cow requires special attention in our dairy herds during the immediate postpartum period, and these cows form the core of our proposed high-risk fresh group. We need to consider the impact of comfort, time spent in lockup, and time spent milking on the time budget of these cows.

A third ongoing study performed by Cristian Vergara looks at the development of an algorithm for grouping high-risk fresh cows. Using data from almost 1,800 cows from two large Wisconsin dairy herds, his preliminary analysis shows that the significant risk factors for failing to survive beyond 60 days after calving include: precalving lameness, low body condition score, long dry periods, and calving related problems, including dystocia, stillbirth, and retained placenta. This information is relatively easy to collect on every dairy herd, and we are now recommending that, in larger herds, we manage at least two separate groups of fresh cows - a high-risk group and a low-risk group.

" alt="Resting behavior graph">We would recommend that the high-risk fresh group be housed either in sand-free stalls or on a bedded pack to optimize comfort. In order to limit time spent in headlocks to less than one hour, we recommend lockup on return from milking while fresh TMR is being delivered to the group. Routine programs currently delivered to the entire fresh group, such as a propylene glycol drench, may be administered solely to this high-risk group.

We would recommend milking this group only two times a day to give the cows more flexibility to rest and reduce stress on the time budget. This group would receive 80 percent of the attention of the farm's caregivers. We propose that screening of the low-risk fresh group could be done without routine lockup to save time, using daily milk weights and other tools and a pen walk-through, and this group could be milked three times a day or more.

The most up-to-date information on facility design is made available at our website: http://thedairylandinitiative.vetmed.wisc.edu/.

The limp behind sole ulcers
By Nigel Cook, MRCVS 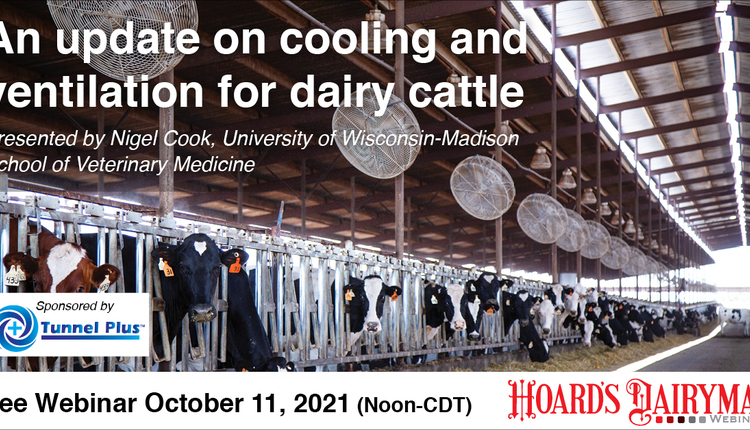 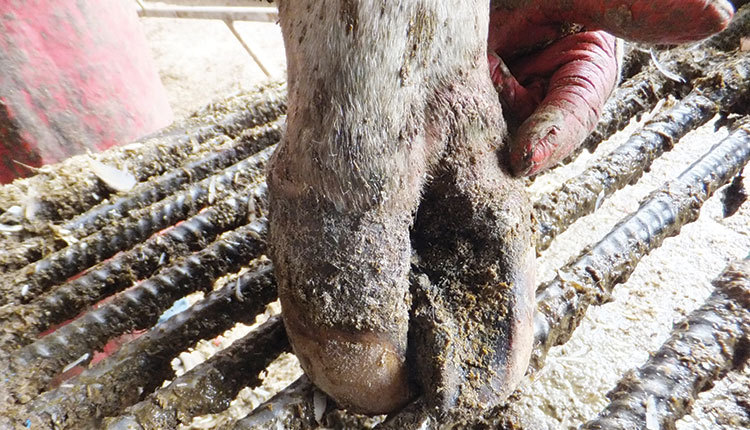 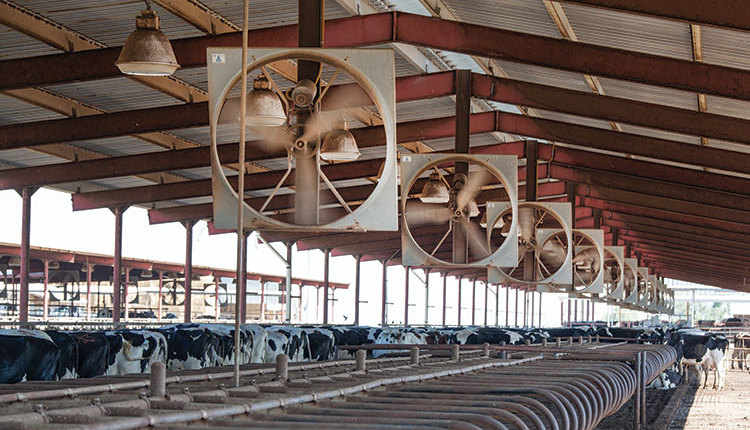