Want to double pregnancies during heat stress and increase the number of heifers born?

By Todd R. Bilby, Ph.D.,Texas A&M University
Reproductive failure is the number one reason for involuntary culling. The economic importance of getting cows pregnant in a timely manner is, thus, no surprise. Fertility decline is a combination of many factors such as an increase in milk production per cow, management practices, and environmental factors such as heat stress.

Heat stress reduces milk production but also further reduces fertility, which negatively impacts the economic potential of dairy farms. The total annual economic impact of heat stress on the American dairy industry has been estimated at $1.5 billion, with an estimated economic loss of $132 million to the Texas dairy industry alone.

Heat stress on animals is due to the combination of three environmental factors: temperature, humidity and solar radiation. The degree of heat stress on dairy cattle has been measured by the temperature humidity index (THI), which is a calculation using temperature and humidity.

This index was developed over 50 years ago and originally showed that dairy cattle become heat stressed at a THI of 72. However, the THI has since been reevaluated by researchers at the University of Arizona on "modern day" dairy cattle producing high levels of milk. The reevaluation showed that the current high producing dairy cow becomes heat stressed at a THI of 68, which is a much cooler temperature and humidity than once thought.

This stresses the need to cool cows much earlier in the summer or late spring to reduce the decline in reproduction seen in the summer months.

Damaged eggs appear later . . .
Earlier studies have shown that when the dairy cow becomes heat stressed it damages her follicles and the eggs which she will be ovulating for the next 40 to 50 days. Hence the reason we see a lag in an increase in fertility well into the fall months of the year.

This same can be true for when the cow initially begins a reduction in fertility in summer; she most likely was heat stressed 40 to 50 days earlier but is just starting to ovulate the damaged eggs. Studies have shown that approximately 50 percent of eggs that are ovulated by lactating dairy cows during the summer are not fertilized after A.I. and have reduced quality.

Another, reason for the drastic decline in fertility during summer is that the early growing embryo (2 to 3 days of life) is more susceptible to heat stress. So if a lactating dairy cow's egg actually becomes fertilized during summer, which as stated above only has a 50 percent chance, then there is still a very good chance the cow will not become pregnant because the early growing embryo is more likely to die within the first 3 days of life.

However, the use of embryo transfer (ET) can bypass the negative effects of heat stress on the egg and early growing embryo by transferring a 7-day-old embryo of superior quality that has not been heat stressed.

One problem with using embryo transfer as a tool to improve fertility in summer is that traditional embryo production schemes (superovulation) can be quite expensive. An alternative, however, is to utilize in-vitro (in the laboratory) embryo production (IVP).

In this particular strategy eggs are harvested from slaughterhouse ovaries and then fertilized with semen and grown in a laboratory for 7 days. The advantage of this approach is that several hundred eggs can be harvested and fertilized with one straw of genetically superior sexed or conventional semen, yielding dozens of transferable (good quality) embryos. This kind of mass production of good quality cattle embryos which can be transferred 7 days following an estrus makes ET with IVP embryos an economically feasible option to improve fertility during summer months.

Studies conducted in the late 1980s and early 90's utilized embryo transfer to improve fertility during the summer versus conventional A.I. Although these studies using fresh embryos produced by IVP improved pregnancy rates compared to A.I. in the summer, pregnancy rates were not great due to sub-optimal embryo culture conditions. In addition, IVP embryos are sensitive to cryopreservation (freezing) and the transfer of vitrified embryos has not improved fertility in summer.

Since these studies were conducted, several modifications have been made to improve embryo survival in the laboratory and after transfer in the cow. One such modification is using vitrification (rapid freezing process) to improve embryo survival after thawing and transfer. Another is the use of a new culture media, BBH-7 (developed by the University of Florida) for increased production of high quality embryos produced in vitro. Finally, synchronization programs to time ovulation and ET seven days later have improved greatly.

In addition to these advancements in IVP embryo production and transfer, sex-sorted semen became commercially available in 2003 and has since become a popular tool to increase the number of heifers born. Sexed-sorted semen is normally promoted for use in virgin heifers in which the conception rates are typically 80 to 85 percent of conception rates from conventional semen.

For example, if heifer conception rates are typically 60 percent with conventional semen you can expect conception rates of 48 to 51 percent with sex-sorted semen. However, using sex-sorted semen to fertilize IVP embryos would produce embryos that can be selected by visual observation for superior quality on day seven after fertilization, transferred into cattle to improve fertility during summer, and increase the number of pregnancies resulting in a heifer calf.

As mentioned above, using the most recent advances in IVP embryo production, use of sex-sorted semen, freezing methods, and synchronization programs for recipients may make the use of IVP produced embryos from sex-sorted semen to improve fertility during heat stress an economically viable option for dairy producers.

Recently, our group, in collaboration with OvaTech LLC (a commercial embryo transfer company) and researchers from the University of Florida, conducted a study to determine whether transfer of fresh or vitrified (frozen) embryos, produced in the laboratory (in-vitro) with sexed sorted semen, could improve fertility during summer in lactating dairy cows compared to artificial insemination (A.I.).

All embryos were produced in-vitro using sex-sorted semen and cultured for seven days until transferred. A total of 722 lactating dairy cows were enrolled from July to October of 2009 at two commercial dairies in central Texas. Cows were randomly assigned to one of three treatments. The A.I. (n = 227) with conventional semen was used as the control compared to either embryo transfer of vitrified (ET-V; n = 279) or fresh (ET-F; n = 216) embryos seven days after a synchronized estrus.

All cows were submitted to the farms' current estrous synchronization protocols. The A.I. group was bred either time-A.I. or A.I. following detected estrus with conventional semen that was currently being used by the farm. The other two groups had embryos transferred seven days after the synchronization protocol was completed if there was a CL present. Blood samples were taken at time of synchronized estrus (day 0) and analyzed for progesterone. Cows were considered synchronized if progesterone levels were below 1 ng/mL on day 0 and presence of a CL seven days later.

Transfer of fresh embryos produced in-vitro using sex-sorted semen improved fertility in lactating dairy cows during summer and increased the number of heifer calves born. When fresh embryos were transferred, fertility approached levels normally seen during the cool months of the year. This illustrates the detriment heat stress has on the quality of eggs and early growing embryos (before day seven).

In conclusion, transfer of IVP embryos produced with sex-sorted semen can bypass the negative effects heat stress has on fertility while increasing the number of heifers born. This can be a viable option for producers to use in order to maintain fertility during summer.

For example, if a 1,000-cow dairy with an average times bred of 3.0 would inseminate approximately 250 cows per month with conventional A.I. and summer lasted for four months, this would equal 145 total calves from summer inseminations (1,000 inseminations x .145), with 72 of those calves being heifers (145 calves x .50).

If fresh IVP embryos produced with sex-sorted semen were used this would be 275 calves produced (1,000 embryo transfers x .275) from the summer embryo transfers, with 242 of the calves being heifers (275 calves x .88). This equates to an increase of 170 live heifers born when using fresh IVP embryos produced with sex-sorted semen compared to conventional A.I. during summer. This technique should also improve milk production by decreasing calving intervals, days open, and days in milk, and reduce seasonality "milks swings" apparent in regions with hotter climates. 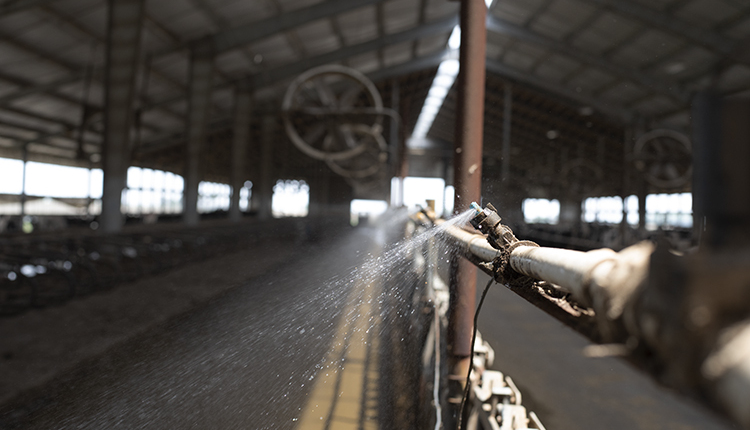 Can we implement a quick fix for heat stress?
Hoard's Dairyman Intel - Thursday

Reproduction E-Source
Back to basics: Heat detection is still the best tool for getting cows pregnant! 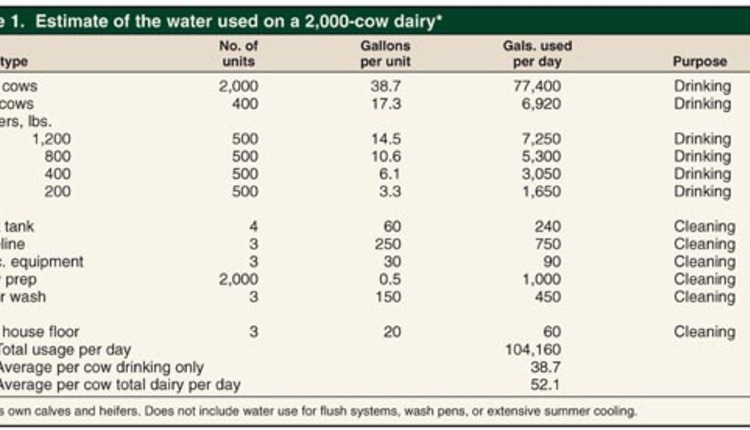 Crops and Forages
The Thirst for Water: Cows Versus Crops
comments powered by Disqus