By Jackie Boerman
The author is a dairy extension specialist at Purdue University. 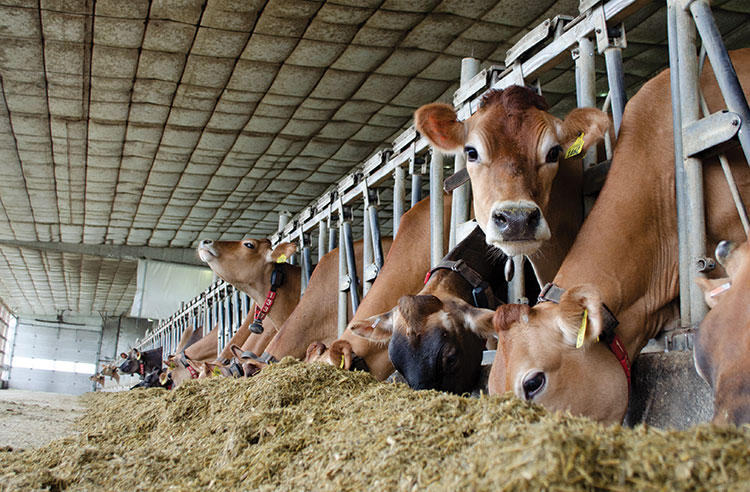 During the transition period, cows have a high requirement for protein.
If they can’t meet it through feed intake, they will mobilize muscle.

A fat cow at calving is likely to eat less feed after calving and mobilize more fat in order to meet energy demands. This fat mobilization causes the liver to process that fat and may create an accumulation of fat in the liver, which can lead to fatty liver or the production of excessive ketones and ketosis.

Some would also recommend maintaining the same body condition throughout the lactation and truly limit changes in body condition after calving. There are current management strategies used to prevent overconditioned cows and to try to minimize excessive body condition loss at calving.

But it’s not just fat

We know less about the extent of protein mobilization and what mobilizing protein means for animal health and performance. Protein or muscle can be mobilized by the transition cow to meet energy needs in early lactation. However, protein is not just an energy source but also provides amino acids that are required by the fetus, especially in late pregnancy, and the mammary gland to produce milk protein in early lactation.

Protein is not as efficient of an energy source as fat, but because muscle can also provide amino acids needed to make protein (such as milk protein or calf muscle), it is mobilized in early lactation in addition to fat. Our best estimates show that the dairy cow is made up of about 13 percent protein; however, this likely varies between cows.

During late gestation there is an elevated demand for protein by the mammary gland, fetus/uterus, and digestive tract as the cow prepares for the oncoming lactation. Often, late gestation is also combined with reduced dry matter intake.

Cows are consuming less feed and have heightened protein requirements. That has led to recommendations to increase metabolizable protein for dry cows, and potentially even supplement rumen-protected amino acids for this group.

Because cows have greater demand for protein in the close-up dry period and are consuming less protein because of a drop in intake as they approach calving, cows likely begin to mobilize protein from their body prior to calving in order to meet requirements.

After calving, intake of protein is likely still not sufficient to meet all of the requirements of the dairy cow, so it continues to mobilize body protein to meet demands. Research done over two decades ago estimates that, on average, cows mobilize over 2 pounds of protein per day just to make milk protein in early lactation.

Compared to two decades ago, cows today are producing about 35 percent more milk per year. Higher producing cows are likely mobilizing even more muscle in order to support protein requirements in early lactation prior to intake being able to support milk production.

Farmers may be utilizing routine body condition scoring to determine the amount of subcutaneous body fat a cow has as an indicator of energy balance and change in energy balance over time. This tool allows the farmer to see if the cows are mobilizing fat or if they are gaining too much fat during lactation.

One might assume that a cow that has high body condition also has a lot of muscle mass, especially because dairy cattle diets are typically balanced to meet or exceed requirements for both protein and energy. However, much like in humans, there appears to be little relationship between the amount of fat and muscle in body composition. We can have cows with a lot of fat and little muscle and vice versa, and it is likely genetics play a role in the ratio of muscle to fat in body composition.

Because body condition scoring does not really tell us any information about muscle amount, there are some other techniques that we can borrow from the beef industry that give us more information about the amount of muscle an animal has and how much muscle it is losing in early lactation.

It is relatively common in beef animals to use ultrasound scans of the rib eye area as an indicator of total muscle mass. The alternative is to measure the rib eye area at slaughter, but for dairy animals that is not a viable option.

We are starting to use some of the same technology to measure rib eye area of dairy cows through the transition period and into the first months of lactation. Our understanding thus far is that cows that have a larger rib eye area prior to calving end up mobilizing a greater percentage of their muscle.

Cows that have a smaller rib eye area prior to calving may not mobilize any of this muscle. There is likely a lower limit of muscle mass that a cow must maintain in order to function. However, for those cows that have more muscle mass, that pool of muscle provides both amino acids used to produce other proteins or energy for the animal.

Ideally, we would be able to find a visual measurement of a cow to determine the amount of muscle mass. Much like body condition score, this would allow us to make nutritional changes related to the extent of muscle deposition or muscle mobilization. Due to the demands in late gestation and early lactation, it is likely that a cow will need to mobilize muscle to meet those demands.

While we know that excessive fat mobilization can cause metabolic disease related to negative energy balance, we are less certain of the implications of excessive protein mobilization. As we continue to fine tune nutrition for the transition cow, it is likely that we will need to account for the muscle that is mobilized. In the transition cow, optimizing intake to reduce negative energy balance and negative metabolizable protein balance will reduce the amount of tissue that needs to be mobilized. 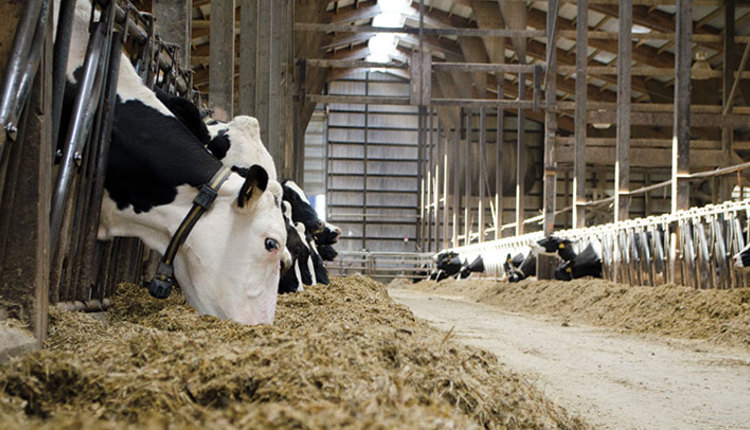