By Jeff Stevenson, Kansas State University
The author is professor of animal sciences at Kansas State University, Manhattan.
Historically, cows with poor dry matter intakes, negative energy balance, or poor health due to fresh cow problems caused by ketosis, milk fever, displaced abomasums, dystocia, retained placenta, or uterine disorders became candidates to have delayed first-postpartum ovulation. In addition, during the past several decades, milk yield per cow has grown drastically because of improved management, nutrition, and genetic selection. Cows must partition their nutrients to support maintenance, growth, milk production, and other biological processes such as late-pregnancy requirements of the maturing conceptus.

There are a number of issues that affect ovulation. In the February 10, 2012 issue, on page 90, we discussed the topic, "Late ovulators can become difficult breeders." As we continue that discussion, let's look more closely at how nutrition, energy balance, and overall cow health impact dairy cow fertility, LH secretion, and ultimately, ovulation.

Energy deficits
It is well known that dairy cows enter into a negative energy balance after calving to support milk yield which is associated with a loss in body weight and mobilization of body fat. Energy balance is the sum of all energy taken into the body from dietary intake minus the energy that leaves the body in the form of milk energy and some undigested dietary energy. Let's look at these and other factors that may stimulate or inhibit the onset of estrous cycles in dairy cows.

The amount of energy deficit per cow during the 24 days between calving and ovulation averaged 17.5 Mcal per day. That is enough energy to produce more than 57 pounds of milk testing 3.5 percent butterfat! Because appetite and intake do not peak until well after peak in lactation, most cows do not reach a zero energy balance until 8 to 12 weeks after calving.

You can see in Figure 1 that, after the bottoming out of energy balance, LH pulse frequency per 8 hours increased, and all cows ovulated on average 2.5 days after the last blood sampling period.

Despite having similar first-week milk yields (82 versus 79 pounds) and similar peak milk yields (97 versus 99 pounds), the only index of the lactation curve that was related to first ovulation was the ratio of gains in milk yield between Week 1 and peak milk yield which was less in earlier than later ovulating cows.

One of the key preventions of delayed ovulation is dry matter intake. Results in the accompanying table indicate that early ovulation in cows was positively related to greater daily dry matter intake and less daily body weight loss during early lactation. It is not surprising then that earlier-ovulating cows showed earlier heats and produced more milk.

As you might suspect, thinner cows carrying less body condition are more likely to be anovulatory than more fleshy cows. This concept is validated in the two studies illustrated in Figure 2.

Incidence of anovulation
Based on many studies we have conducted since the late 1990s, we have monitored the proportion of cows having no elevation in postpartum progesterone (anovulation) before the one- to three-week period before the first A.I. occurred between 55 and 75 days in milk. Overall, approximately 26 percent of 793 2-year-old cows were not cycling before the insemination period began, compared with 20 percent of 1,126 older cows.

Recent evidence has implicated a relationship between milk somatic cell count (SCC), postpartum ovarian cyclicity, and fertility in dairy cows. In 447 cows from six Japanese dairy farms, cows with elevated SCC (200,000 to 500,000) had a greater incidence of prolonged luteal phases than cows with SCC of 50,000 to 100,000. The very high SCC cows (greater than 500,000) compared with those less than 500,000 had delayed first ovulation during the first month after calving. Cows with SCC from 200,000 to 500,000 were less fertile and had more days open than cows with SCC less than 200,000. The authors concluded that cows with high SCC have a greater incidence of abnormal postpartum ovarian cycles that resulted in poorer pregnancy outcomes.

In summary, early first ovulation is positively related to the resumption of normal ovarian function, first service, and conception in dairy cows. Nutritional management aimed at enhancing dry matter intake, reducing the depth or duration of negative energy balance, or producing a smaller gain in the ratio of milk yield from Week 1 to peak milk may result in less postpartum anovulation. 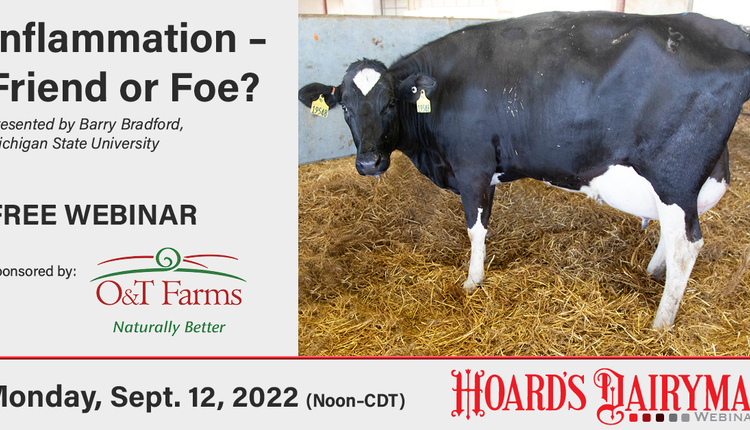 Will summer ever end?
HD Notebook 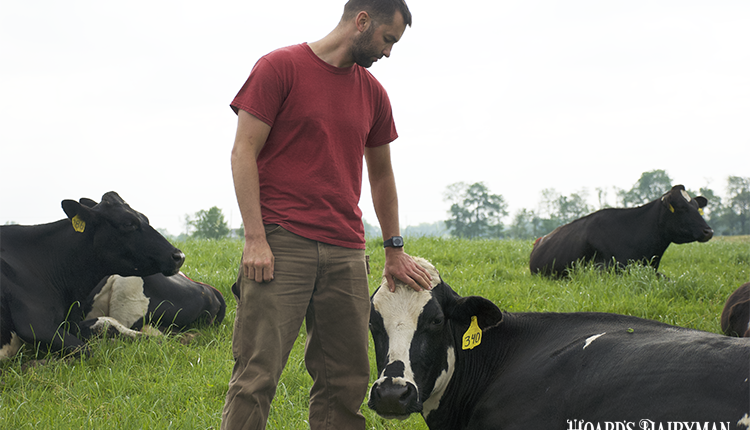 The randomness of reproduction
By Jeff Stevenson, Kansas State University