By Jeff Stevenson, Kansas State University
The author is professor of animal sciences at Kansas State University, Manhattan.
In 1989, a major breakthrough in sperm sexing was reported by USDA scientists in rabbits. Insemination of rabbit does with Y-chromosome-bearing sperm resulted in 81 percent males, whereas insemination of X-chromosome-bearing sperm resulted in 94 percent females. Eventually, similar results were reported for cattle.

What has been the impact of commercially available sexed semen? How much is being used by our industry and where? Is it economical compared with using conventional semen? How might continued use of this technology affect replacement heifer values and milk prices?

We don't have all the answers, but let's try to answer some of these questions.

A recent report by Beltsville scientists in the Animal Improvement Program Laboratory summarized 1.3 million breedings of Holstein heifers and 10.8 million breedings of Holstein cows in Dairy Herd Information Association herds for the years of 2006 to 2008. Usage rose significantly during those prerecession years (Table 1). Production and use of sexed semen was down in 2009, but field reports indicate usage has gone up in 2010.

Among the regions, the Southwest used the most sexed semen in heifers, while the Midwest had the greatest use in cows. See Table 2 for usage rates among regions. As you might guess, more sexed semen was used in larger herds and herds having greater milk yields (see figures).

Reproduction effects
Conception rates of U.S. Holstein heifer breedings in DHI herds from 2006 through 2008 averaged 56 percent when conventional semen was used and 39 percent for sexed-sorted semen. Conception rates declined for both semen types from first to greater than 5th services for conventional semen (59 percent to 37 percent) and for sexed semen (41 percent to 23 percent). Single births resulted in 90 percent females after sexed semen inseminations.

An extensive experiment (Chebel et al. 2010. J. Dairy Science 93:2495-2507) of sexed semen usage was made in two herds in the San Joaquin Valley of California. Comparisons of heifers that were inseminated at their first A.I. breeding with either sexed or conventional semen (all services in both groups after first AI employed conventional semen) were made to evaluate subsequent reproductive performance and health, production, and reproductive performance during their first lactations.

Costs and revenues
Costs to rear heifers from first A.I. to calving was $25 greater for those inseminated with sexed semen at first A.I. compared with those inseminated with conventional semen. In contrast, calf revenues from calves born to sexed-semen heifers were $15 greater ($142 versus $127) than from calves resulting from conventional semen heifers.

As expected, 2 to 5 percent of all heifers that calved were culled during the first 60 days in milk. Replacement costs of culled heifers (now first-lactation cows) did not differ between sexed and conventional heifers ($136). Total milk yield (20,637 versus 20,756 pounds) and income-over-feed costs ($537 versus $539) were similar for sexed and conventional heifers, respectively.

Overall economic return was greater for sexed-semen heifers than for conventional semen heifers. The authors concluded that use of sex-sorted semen for first insemination of replacement heifers reduced the cost per female calf produced and enhanced the economic return during first lactation.

Availability of sexed semen for Holstein bulls born after 1993 in active service reached 37 percent by August 2009. The greater use of sexed semen for bulls of above average genetic merit is likely to produce larger heifer replacement inventories and a surplus of milking cows. At times when the milk supply exceeds demand for milk and milk products, will these surpluses reduce farm milk prices and reduce heifer replacement values? This may likely take place.

Recommended use of the higher-priced sexed semen dictates that its use be restricted to those females of greatest fertility. Conception rates for sexed semen in the USDA survey was only 70 and 83 percent as great as with conventional semen for heifer and lactating cows, respectively. Judicious use of sexed semen in replacement heifers is where the greatest return is possible.

Click here to return to the Reproduction E-Sources
101010_672
Related

Measure growth so you can manage it
Hoard's Dairyman Intel - Thursday 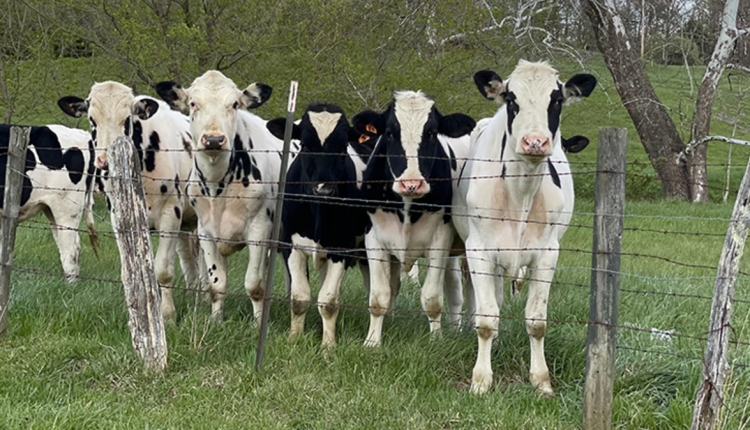 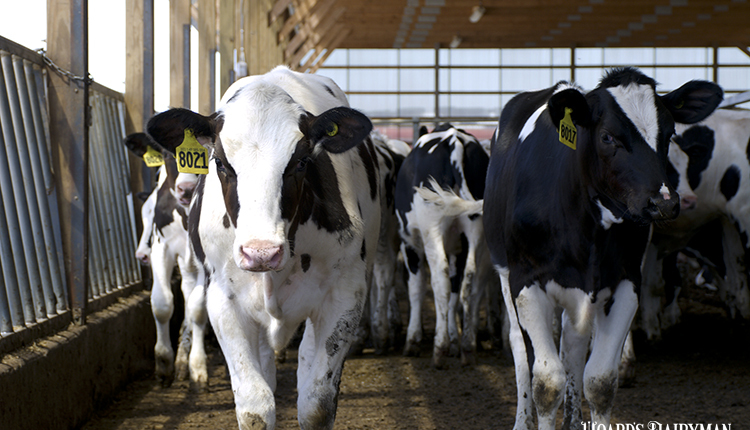 These farms don’t want to be average
By Jeff Stevenson, Kansas State University